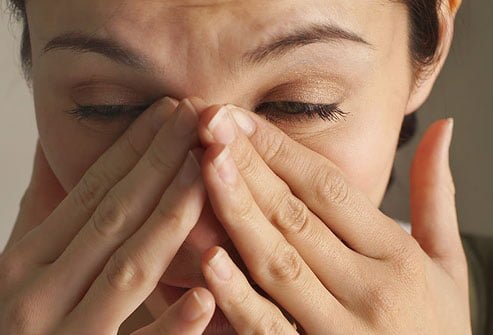 Nasal obstruction can be caused by nasal congestion, tumors, enlarged adenoids, nasal polyps, enlarged turbinates and nasal septum. This condition accompanies anything which hinders the airflow in and out of your nose which is affecting one or both your nasal passages. This condition in the most cases is caused by either swelling of the nasal tissue or an anatomical blockage which results in a narrowing of the nasal cavity and you have the feeling of the passage being congested. Nasal obstruction can also lead to OSA (obstructive sleep apnea), snoring and sleeping disorders. [1] There are many studies in which are said that there are many possible treatments for this condition such as natural treatments, surgical treatments and in – office treatments.

Causes of nasal obstruction or congestion

The most common temporary causes for nasal congestion are:

The most common anatomical factors which can contribute to nasal congestion or obstruction are including:

No matter what is the cause for this condition, this is a very uncomfortable condition. When nasal obstruction is experienced regularly, then it can become a hindrance to your quality of life.

Here are some symptoms of nasal obstruction:

Types of nasal obstructions: An obstruction in your nose can be caused by many different conditions such as

[2] Smitha SG, Jagannath B, Mathew AS. Impact of septal correction on the blood pressure of hypertensive patients with deviated nasal septum. Indian Journal of Otolaryngology and Head & Neck Surgery. 2016;68(1):46–51.