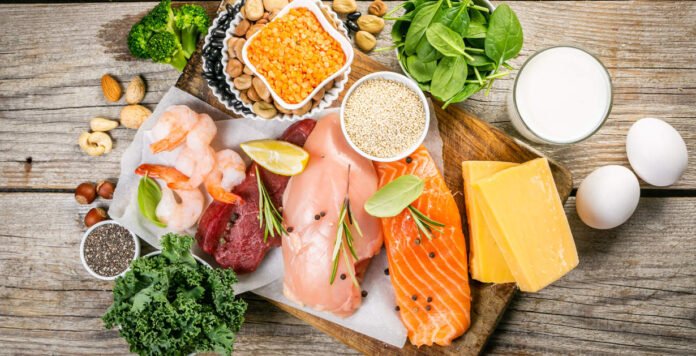 Serine is an amino acid which is playing a role in many biosynthetic pathways. It is crucial for the survival of the L – serine metabolism. People depend on this important amino acid for proper brain development. Also, it plays a critical role in the synthesis of proteins, neurotransmitters, nucleotides, and lipids. In some studies done in Japan was said that L – serine can help you to live longer. It was noticed that the high content of amino acids in the diet may offer neuroprotection contribute to their neurological health in this community.

Also, L – serine has many other health benefits, such as the fight against chronic fatigue syndrome, promote regular sleep, and boost immune function. Some of the foods which have the highest amounts of L – serine include lima beans, chickpeas, soybeans, almonds, peanuts, wild fish, eggs, pumpkin seeds, hemp seeds, chicken, etc.

When we do not eat enough foods high in L – serine, more of the molecule is converted from other sources. Usually, the L – serine is generally regarded as safe and studies support this classification. But, in some cases, it can cause side effects, such as frequent urination, diarrhea, constipation, and upset stomach. 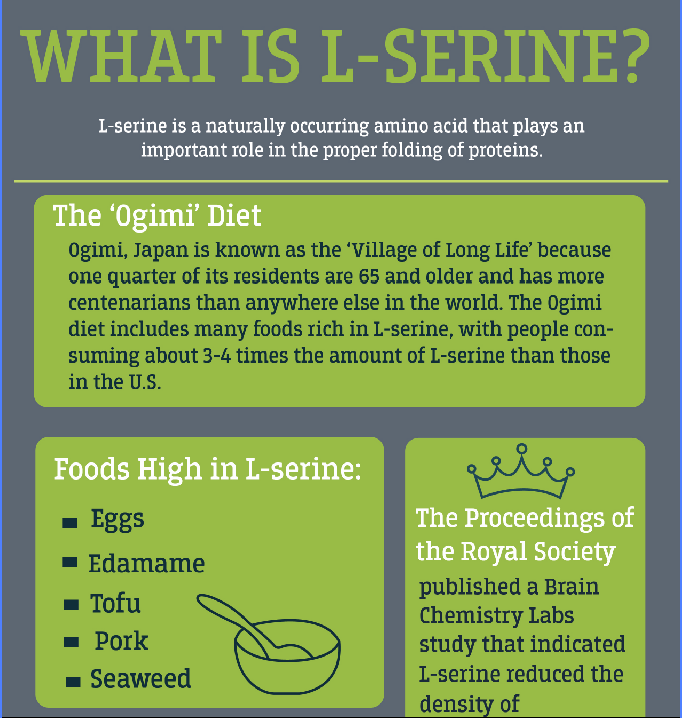 Here are some health benefits of L – serine:

Amino acids are needed for the regulation of the immune system of the body. The L – serine is playing a role in the production of immunoglobulins and antibodies which are used by the immune function.

In one study was shown that active serine synthesis is likely required to facilitate amino acid transport, nucleotide synthesis, folate metabolism, and homeostasis in a manner that impacts cancer. Studies have shown that altered serine metabolism is playing a role in cancer. L – serine metabolism is needed to maintain homeostasis because it fuels the processes that our cells need to oxidize nutrients and produce energy in the form of ATP.

In some studies are saying that an increase in the availability of this amino acid could be valuable for proliferating cancer cells for multiple reasons, including the fact that the amino acid is critical for the biosynthesis of many macromolecules which play a role in fighting cancer growth.

In one study done in Japan was found that the L – serine before going to bed can help to improve human sleep. When people who participated in this study were dissatisfied with their sleep were given the amino acid or a placebo thirty minutes before bedtime, scores for sleep initiation and sleep maintenance improved significantly in the treatment group. In another study, participants were taking L – serine for sleep and they have expressed significant improvements when they were asked how satisfied they were with their sleep.

The L – serine is needed to produce the amino acid tryptophan and it serves as a natural stress reliever and relaxant. The increased tryptophan can help to ease anxiety and symptoms of depression and it is used to make serotonin, which is a calming chemical that occurs naturally within the body. It was found that tryptophan can help to improve therapeutics in stress-induced hormonal and behavioral disorders.

There is a proven role of serum serotonin levels impacting mental health status. The L – serine is crucial for the production of tryptophan and serotonin, maintaining normal levels which can help to relieve symptoms of stress.

In some studies are found that people who suffer from fibromyalgia have L – serine deficiency, which alters the body’s ability to make tryptophan and serotonin.