Gastritis is a general term for a group of conditions that have one thing in common – an inflammation of the lining of the stomach. This inflammation of gastritis is most often a result of an infection with the same bacterium which causes most stomach ulcers. The regular use of certain pain relievers and drinking too much alcohol can also lead to gastritis.

This condition can happen slowly over time (known as chronic gastritis) or it can happen suddenly (known as acute gastritis). There are some cases when gastritis can lead to ulcers and an increased risk of stomach cancer. But, for most people, gastritis is not a serious condition and it improves quickly with help of treatment. 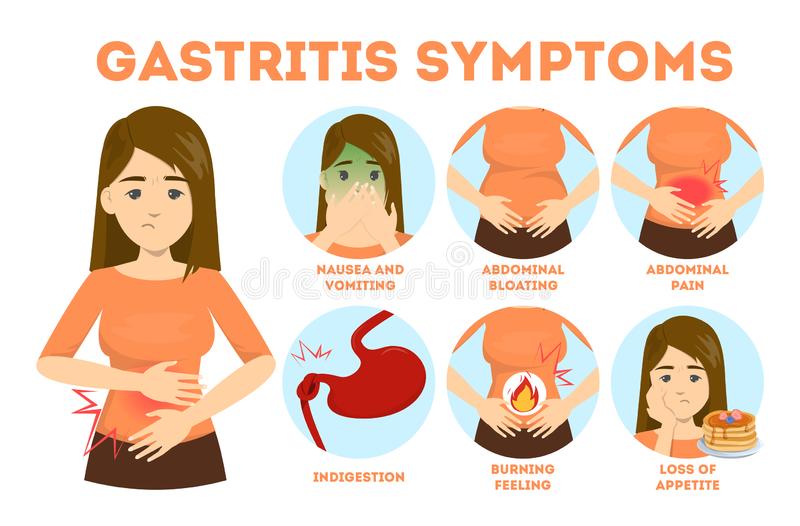 Below are given some of the most common signs and symptoms of gastritis:

But, you should remember that gastritis does not always cause symptoms or signs. Almost every single person has a bout of indigestion and stomach irritation. Most cases of indigestion are short-lived and they do not need medical care. You should see your doctor if you have signs and symptoms of gastritis which last for a week or longer.

You need to tell your doctor if the stomach discomfort happens after taking prescription or over–the–counter drugs, especially aspirin or other pain relievers. If you have stools that appear black, you have blood in your stools or you are vomiting blood, then you need to see your doctor as soon as possible to determine the cause for it.

As we have said before, gastritis is an inflammation of the stomach lining. An injury to the mucus–lined barrier (it protects your stomach wall) or weakness to it, can allow your digestive juices to damage and inflame your stomach lining. There are many different diseases and conditions which can increase your risk of gastritis, such as Crohn’s disease and sarcoidosis, which is a condition in which collections of inflammatory cells grow in the body.

There are some factors that can increase your risk of getting gastritis, such as