This is a condition in which women have unwanted male – pattern hair growth. This condition is happening due to excessive amounts of dark and course hair on body areas where men typically have hair, such as face, chest and back. The amount of the body hair which you have is largely determined by our genes. This condition can occur from excess amount of male hormones which are known as androgens, especially the testosterone. What is considered as excessive hair depends on culture and ethnicity. The most common causes for hirsutism are tumors; medications; polycystic ovary syndrome; congenital adrenal hyperplasia and Cushing’s syndrome. There are some cases in which hirsutism can happen without obvious cause. The most common factors which can increase your risk of hirsutism are obesity, family history and ancestry (women of South Asian, Middle Eastern and Mediterranean ancenstry). This condition can cause women to have low self – esteem and some women can develop depression. The hirsutism is not causing physical complications but the underlying cause for the hormonal imbalance can cause it. If you suffer from hirsutism, then you need to talk with your doctor before you start using some of the below mentioned home remedies. Here are some home remedies for hirsutism:

This home remedy can improve the ovarian function because it can decrease the androgens and increase progesterone which is a natural androgen blocker. In one study was said that women who were taking zinc supplements in a period of 8 weeks have noticed improvements in the hirsutism [1]. The recommended dose for hirsutism is 30 – 50 mg taken directly after dinner. You should not take zinc on an empty stomach because it can make you to feel sick. 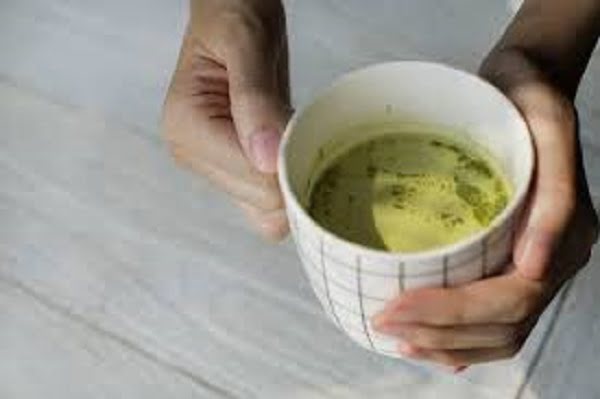 This natural cure was thought as a home remedy for weight loss but in the recent studies was shown that it can be used as a natural treatment for hormone – related hirsutism. This natural cure has a specific polyphenol which is known as epigallocatechin – 3 – gallate which can modulate the production of androgens and other hormones. To get the maximum benefits of this polyphenol you should choose loose green tea leaves instead of tea bags and you should let the tea to steep for 5 minutes. You should add a bit of lemon juice or other juice rich in Vitamin C to your tea. There are some studies in which are shown that the Vitamin C can increase the amount of catechins available to the body. [2]

There are some studies done in Turkey in which are shown that the spearmint can give a relief to women suffering from hirsutism [3]. It was found that those women who consumed a cup of spearmint tea 2 times per day in a period of 5 days had reduced levels of active testosterone in the blood which in many cases is the cause for hirsutism. In this study were observed the effects of the spearmint tea in 21 women suffering from hirsutism and 12 of them had polycystic ovary syndrome.

It is known fact that this home remedy has many health benefits which can help to increase the insulin sensitivity and also to treat the hirsutism in insulin resistant women. It has been shown that a mere half a teaspoon of cinnamon on daily basis is very effective at normalizing the blood sugar levels and reducing the food cravings. Hydroxychalcone is the main active ingredient in cinnamon which can enhance the effect of the insulin. Cinnamon can prevent the post – meal blood sugar spikes by slowing the GER (gastric emptying rate) and this means that the food can stay in the stomach for longer. [4]

This is a very effective home remedy for people who suffer from hirsutism. These mushrooms are one of the best sources of low calories and they are rich in B vitamins, particularly the Vitamin B2 which is important for the thyroid function and metabolism and also it can help to reduce the excess body weight. Also it is rich in Vitamin B3 which can keep the blood sugar levels normal. It has Vitamin B5 which aid in the weight loss efforts due to the ability to control the fat metabolism. You can consume these mushrooms in raw or cooked form. If you are serving them raw, then you should sprinkle them with a little lemon juice to prevent them from turning dark brown.

This is a low calorie food which can be used for light and delectable salads. The Romaine lettuce has a lot of health benefits, particularly for women who suffer from hirsutism. It is packed with the trace mineral chromium that is a component of GTF (glucose tolerance factor). It is known that the glucose tolerance factor can help to maintain the normal blood glucose levels by increasing the efficiency of insulin. It can help to fight insulin resistance and this is often associated with hirsutism. Also the chromium can promote the weight loss due to its ability to control the hunger and cravings. Those people who have diet based on processed foods are having decrease in the chromium. Also those people who are physically active and people who consume a lot of sugar, tea or coffee have an increased risk to be deficient in chromium. It is believed that the absorption of chromium from the romaine lettuce is very effective for the health because it has Vitamin C which will enhance the absorption of chromium. [5]

This natural cure is a good source of almost all B complex vitamins, but it is particularly rich in Vitamin B6, Vitamin B5 and Vitamin B3. These vitamins are very important for women who suffer from hirsutism. Vitamin B6 is playing an important role in the maintenance of the hormonal balance. The Vitamin B5 can help with the weight loss because it has the ability to control the fat metabolism while the Vitamin B3 helps to maintain normal blood sugar levels. You should choose organically grown fruit whenever possible when you are buying apricots. It is known that those apricots which are conventionally grown have high amounts of pesticides, including captan, which is a human carcinogen.

This home remedy has the lowest GI (glycemic index) among all grains. Those carbs who have high GI are quickly broken by the body and they cause a rapid large rise in the blood glucose levels and this is triggering the pancreas to release high amounts of insulin. The low – GI carbs are taking much longer time to be digested and they cause a small and slow rise in the blood glucose and insulin levels. Insulin is needed for our bodies to be able to use the glucose for energy but the excess insulin in the bloodstream can lead to a sharp increase in circulating androgen and insulin – like growth factor which are associated with hirsutism in women. The hulled barley is the least processed and most nutrient – dense type of the barley it is one of the best home remedies for the hirsutism. This type of barley is difficult to find in the regular grocery stores but it is increasingly available in the food stores and online shops. [6]

This is a food which you should include in your diet if you suffer from hirsutism. It has Vitamin B6 and it will give you 75% of the daily recommended intake amount of this vitamin. Also wheat germ has other B vitamins, such as magnesium. You should add wheat germ to your pancakes, milk shakes, muesli, cereals and breads because it will give you a lot of nutrients which are very important for your health. You should store the wheat germ in a cool and dry place away from the exposure to the sun.

These seeds are very high in calories and fat but they have many health benefits which they can offer to women suffering from hirsutism. These benefits you can get if you consume sunflower seeds in moderation. Sunflower seeds have Vitamin B2 and Vitamin B5 which are very important for fighting against the unwanted body hair. Also these seeds have a lot of magnesium. [7]

This home remedy has a lot of nutrients which are important for our health and also they are good for our skin. It is a natural bleaching agent. If you are going out in the sun and you have used lemon, then it is recommended applying UV protection cream because the lemon exposes the skin to more sun. You should mix lemon juice with honey or sugar. Apply this home remedy on your face. You should let it stay there for twenty to thirty minutes and then wash it using cold water. You should use it two to three times a week.

[5] Smolen S, Kowalska I, Kovacik P, et al. Biofortification of six varieties of lettuce (Lactuca sativa L.) with iodine and selenium in combination with the application of salicylic acid. Frontiers in Plant Science. 2019.