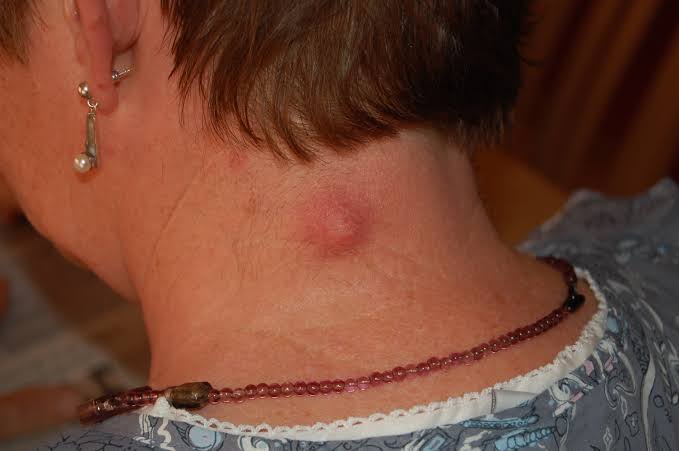 The sebaceous cyst is a very common noncancerous type of cyst which is happening on the skin. We know that cysts are abnormalities in our bodies that may contain semi-liquid or liquid material. These types of cysts are most commonly found on the torso, neck, and face. Sebaceous cyst grows slowly and they are not life-threatening but if they go unchecked, then they may become uncomfortable. The size of the sebaceous cyst can range from pea-sized at about 1 cm across to around 5 cm across. Usually, doctors are diagnosing a cyst with only a physical examination and a medical history.

There are some cases when a cyst can be examined more thoroughly for signs of cancer. Generally, sebaceous cysts are not cancerous. If you leave them untreated, then they can become very large and they eventually will require surgical removal if they become uncomfortable. When someone has done surgical removal of a sebaceous cyst, then this cyst most likely will not return in the future. There are rare cases when the removal site can become infected. You should talk with your doctor if your skin is showing some signs of infection, such as pain or redness or if you develop a fever. In most cases, infections will go away with antibiotics but there are some types of infections that can be deadly if they are left untreated.

If the cyst on the scalp catches on the comb or brush, then this can cause pain but the sebaceous cysts are usually painful if they become infected or inflamed. Infections can happen because the sebaceous cyst has burst. In most cases, sebaceous cysts do not need treatment. You should keep the cyst clean and not interfere with them because this is the best course of action that you can do. If the sebaceous cyst becomes infected, then it can look red due to the inflammation. Also, the infected sebaceous cysts can have a whitish appearance due to the presence of pus. This pus can smell unpleasant. Many people are confusing sebaceous cysts with other types of skin cysts – Pilar cysts (these cysts are like the roots of the hair, they have a lining made up of cells) and Epidermoid cysts (the cells from the surface of the skin make up the lining of the fluid which is filled with sac).

Here are some characteristics of the sebaceous cysts which can indicate that they are unusual and possibly cancerous:

The sebaceous cyst is forming out of the sebaceous gland. This gland is producing sebum (this is oil) which coats the skin and hair. If the gland or its duct (this is the passage from which the oil is able to leave) becomes blocked or damaged, then the sebaceous cyst can develop. This is usually happening due to a trauma to the area. This trauma can be a skin condition, such as acne or scratch or surgical wound. The sebaceous cysts are growing slowly so the trauma may have happened weeks or months before you notice the sebaceous cyst. Also, there can be other causes for sebaceous cyst, such as

Damage to the cells during a surgery