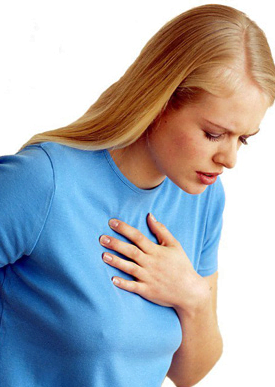 When people are suffering from some kind of breathing issues, then they can try to use some home remedy and natural cures which can help them against this condition. Breathing problems are caused by COPD and asthma. These conditions can constrict your airways which will reduce the air capacity in your lungs. Before you have started to use some home remedy or natural cure, you should talk with your doctor or herbalist which will tell you which is the right treatment for your condition. In this case, you will be sure that your remedy will not make you any side effects.

There are some essential oils which are improving your condition. There was a study which was done by the University of Pittsburgh Medical Center in which is said that a combination of essential oils from pine, citrus and eucalyptus extracts which is known as essential oil monoterpenes. People who have breathing issues caused by COPD should use this essential oil. Also, there was another that people who were tested in this study where consuming this kind of essential oil in an oral way for three months. The results was shown that this group has prevented chronic bronchitis. [1]

This tree is native to Australia. Americans, Germans and Aborigines have used the eucalyptus to soothe throat irritation, and also its refreshing aroma is promoting respiratory health. Also, this tree is used in syrups which are used for coughs. This is a very effective syrup because it has a cineole which is composed in the eucalyptus. This component has many properties such as soothing the irritated sinus passages, fighting congestion, it is easing the cough, and also it is a very effective expectorant. Also, this tree is a powerful antioxidant which means that when you have colds, you can use it as your natural remedy. [2]

This herb is helping you to clear the congestion. Also, it is promoting respiratory and lung health. People who are suffering from breathing issues should use lungwort because it has some components which can help against the causes of these issues. [3]

This product has many vitamins and minerals which are needed for our body. Rosmarinic acid and carvacrol acid are having positive effects on the nasal passage airflow and the respiratory tract. It has many health benefits for our bodies. This is a reason why you should always have a bottle of oregano oil in your home. You can find many home remedies which you can use from this remedy. [4]

When you have irritated mucus membranes, then you should use this home remedy because it is soothing them. Also, it has been used in traditional medicine for years as a natural remedy for cough. Also, there are many clinical studies which is shown that this herb is very effective for treating lung irritation, cold and cough. If you are using this herb, it will give you relief from the dry cough because the mucus production in the lungs is spawned.

We have said that one of the biggest causes of breathing problems is asthma. Mustard oil is a very effective home remedy for reducing the symptoms of this disease. When people are having an asthma attack, then they can use mustard oil as their natural treatment because it will clear their respiratory passages and also will help them to have normal breathing [5]. You should mix a small amount of camphor with some mustard oil and heat it. Then, you should put this mixture in a bowl when the temperature is high. You should gently rub this mixture on the upper back and chest. You should massage yourself with this mixture. Repeat this massage several times per day if you want to have the best results.

In ¼ cup of milk, you should boil 2 or 3 cloves of garlic. You should let this mixture cool at room temperature. You should drink this mixture. This is a powerful natural remedy for riding breathing issues which are caused by asthma [5].

This herb has been used in traditional medicine by many nations such as Indian Ayurvedic, Greeks, Chinese and Romans. This herb has relaxing effects on the tracheal muscles which means that you are reducing the symptoms caused by this disease. At the root of this herb, there are two components which are soothing the bronchial passage.

This is one of the most useful home remedies which you can use if you are suffering from breathing issues. Lobeline which is an alkaloid found in this herb is helping in the thinning of the mucus and also it is breaking up the congestion. When you are using this remedy, then you are stimulating the adrenal glands to release the epinephrine which is relaxing the airways, and also the breathing is easier. Also, this home remedy is used in many cold and cough remedies because it is helping to relax the smooth muscles. Every person who has breathing issues should use lobelia as its natural treatment. [6]

This plant is native to Native Americans who have been used for respiratory support and lung detoxification. This herb is fighting against bacteria and harmful organisms which are a reason for this problem. In most cases the tincture from this herb is used as a natural treatment but also the tea from this herb can be used as a natural treatment for breathing issues. This powerful herb is clearing your airways from the mucus.

Peppermint and peppermint oil are having a component which is relaxing the muscles of your respiratory tract and also when you are using this natural remedy, then you are helping you to relieve the symptoms of this condition. Menthol is also one of the best home remedies for breathing issues. People who are using menthol as their natural remedy for breathing issues, they are feeling improvements in their health. This element is also helping you to rid of the congestion. [7]

Native Americans have used this herb as a natural remedy for their respiratory system [8]. This herb is native to the Rocky Mountain area. The root of this herb has a component which is known as camphor. This component is helping you to have clear lungs which means that your health will be safe (respiratory health). When people are using the root from this herb, then the circulation in their lungs is improved which means that you can have normal breaths. Also if you are suffering from sinuses, then you can use Osha root as your natural remedy. It will give you relief from the symptoms caused by this issue. 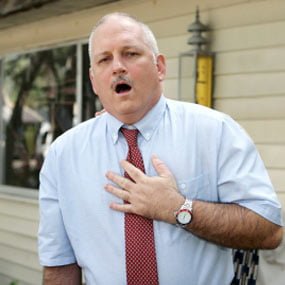 This is one of the most used home remedies for breathing issues which are shown in many medical studies. This herb has anti-inflammatory properties. These properties are very helpful for you to rid of the symptoms of breathing issues. There was a study in which was shown that people who were taking 300 mg of this herb 3 times per day have improved their breathing ability and also they have reduced the chances of the asthma attacks. [9]

We have talked a lot about Gingko Biloba. Many times we have said that this is one of the most used home remedies for many kinds of diseases. Also, it can be used as a natural remedy for asthma. We have said that one of the biggest causes of breathing issues is asthma. When you are using Ginkgo Biloba as your natural remedy, then you are blocking the PAF (platelet-activating factor) which is a reason for having asthma. If you are suffering from asthma, then you can take 120 – 240 mg of Ginkgo Biloba extract 3 times per day.

If you are suffering from some breathing issue, then the mullein is the perfect natural remedy for your condition. This herb has anti-inflammatory properties which will help you in the fight against this disease. In some studies, it was shown that when you are using mullein as your natural remedy, then you are clearing the mucus. This herb is not studied for its effects on COPD and asthma. [11]

[6] Stansbury J, Saunders PR, Zampieron ER. The use of lobelia in the treatment of asthma and respiratory illness. Journal of Restorative Medicine. 2013;2(1):94-100.

[7] Meamarbashi A. Instant effects of peppermint essential oil on the physiological parameters and exercise performance. Avicenna Journal of Phytomedicine. 2014;4(1):72-78.

[11] Karman R. Assessing the effectiveness of mullein on respiratory conditions such as asthma. American College of Healthcare Sciences.