The most common signs and symptoms of eosinophilic esophagitis are abdominal pain; vomiting; difficult feeding in infants; difficulty eating in children; no response to GERD medication; failure to thrive. When someone has eosinophilic esophagitis, then he or she has an allergic reaction to an outside substance. This reaction can happen as follows multiplication of eosinophils; reaction of the esophagus; dysphagia and impaction; damage to the esophagus; additional symptoms. 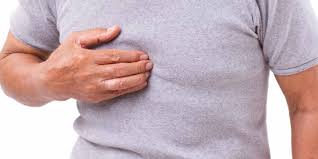 Elevate the head of your bed

If you experience heartburn on regular basis at night or while you are trying to sleep, then you should put the gravity to work for you. You should place wood or cement blocks under the feet of your bed so the head end is raised by 6 – 9 inches (this is 152 to 228 millimeters). If it is not possible to elevate your bed, then you should insert a wedge between your mattress and box spring to elevate your body from the waist up.

The mixture of turmeric and honey is one of the best home remedies which you can use for the eosinophilic esophagitis. This is not the greatest tasting mixture, but this paste will effectively mitigate the symptoms and it will ease the pain when swallowing. This mixture has anti – inflammatory properties which can help to reduce the discomfort experienced during ingestion. Honey can help to relax the esophagus naturally and it can prevent reverse peristalsis which is causing vomiting.

Decrease inflammation in the esophagus

The inflammation of the esophagus due to the presence of eosinophils is resulting in difficulty swallowing in people who suffer from eosinophilic esophagitis. While you are identifying the underlying allergies and normalize the function of your immune system, you should talk with your doctor about decreasing inflammation in the esophagus and improving the symptoms [4]. Some of the best anti – inflammatory products are Omega – 3 fish oil, slippery elm powder, marshmallow root and curcumin. They can be used short – term or long – term to support the esophagus and they can allow you to be free from the symptoms.

It is very important to avoid the allergens which can cause you inflammation. You should talk with your doctor about making allergy test so he or she can help you to know which foods should be eliminated from your diet. You should take a diet which can help to reduce the acid reflux or another esophagitis diet plan which you will develop with your health care provider. You should always take care about your health and take the advice from your doctor. Always talk with your doctor if you want to add new food in your diet.

There are some cases when herbal remedies are used for heartburn or reflux symptoms. Some of the most common used herbal remedies for eosinophilic esophagitis are marshmallow, chamomile, slippery elm, licorice and others. You should know that herbal remedies can have serious side effects and they can interfere with the medications that you are taking. This is a reason why you should talk with your doctor about a safe dosage before you start taking any herbal remedy.

It is known fact that the excess pounds put an extra pressure on your abdomen which is pushing up your stomach and it is causing acid to back up into your esophagus. If you have a healthy weight, then you should work to maintain it. If you are overweight or obese, then you should work slowly to lose weight. You should not lose more than one or two pounds (0.5 – 1 kg) a week. You should ask your doctor to help you in devising a weight – loss strategy which can work for you. [5]

You should use techniques to calm stress and anxiety because they can help to reduce the signs and symptoms of heartburn or reflux. You should ask your doctor about relaxation techniques, such as guided imagery and progressive muscle relaxation.

It is very important to identify and eliminate the cause of disease because in this way you can expect to overcome the symptoms of eosinophilic esophagitis. It is known that the cause of eosinophilic esophagitis is the allergy and in the most cases is an allergy to an ingested food. This is a reason why you should avoid some of the most common triggers, such as caffeine, dairy, eggs, wheat, tree nuts, peanuts, soy, fish and shellfish, onion, garlic, mint, chocolate, alcohol, tomato sauce and fatty or fried foods. You should always avoid foods which you know that they will trigger your heartburn. When someone is taking the elimination diet, then the mentioned foods are completely removed from the diet and then, they are slowly reintroduced one by one to determine if you are sensitive to one of them. [6]

It is known that the smoking can worsen the symptoms of the eosinophilic esophagitis so you should quit smoking as soon as possible. [3]

[3] Koutlas NT, Eluri S, Rusin S, et al. Impact of smoking, alcohol consumption, and NSAID use on risk for and phenotypes of eosinophilic esophagitis. Diseases of the Esophagus. 2018;31(1).