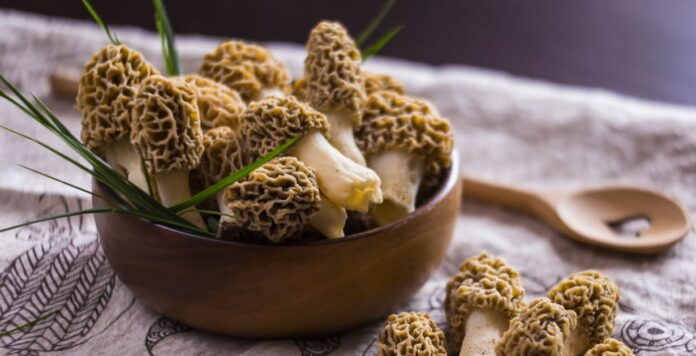 Morel mushrooms are also known as true morels or Morchella. They are a prized variety of edible mushrooms favored for their rarity and rich flavor. These mushrooms can be harvested in certain areas of North America, China, Turkey, India, and Pakistan. Morchella is a genus that includes around 70 different species of morel mushrooms. Each of them has minute variations in flavor and appearance. These mushrooms have a distinct earthy taste which works well when it is used in meat dishes, soups, and pasta. Also, they can be sautéed in a bit of butter and served with a sprinkle of salt and pepper for a simple dish.

Here are some health benefits of morel mushrooms: 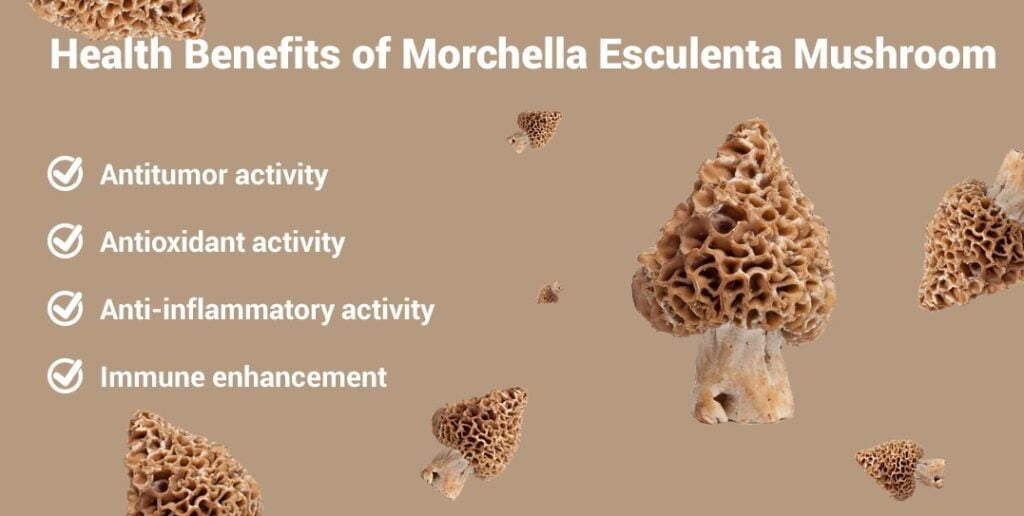 The morel mushrooms can help to increase the strength of your immune system. Also, they will deliver a hearty dose of disease–busting antioxidants. Also, morel mushrooms have a powerful impact on cancer development. One study was found that the compounds extracted from the morels can inhibit the growth and spread of colon cancer cells in a dose-dependent matter. But, you should remember that additional studies are needed to determine whether eating morel mushrooms can give the same cancer-fighting properties in people such as in the in vitro study.

There needs to be done a lot more studies in people, but preliminary studies said that certain compounds which are found in the morel mushrooms can rev up the immune function and this can help you to get relief from the inflammation in your body. In one in vitro study was shown that the polysaccharide extract of the morel mushrooms is able to enhance the activity and the anti-inflammatory properties of the immune cells. In another study were found similar findings and it was shown that polysaccharides found within morel mushrooms can act as an immunomodulatory agent in vitro.

The morel mushrooms have powerful antioxidant properties. This is a reason why studies have been shown that the morel mushrooms can protect and preserve liver health. One animal study which was done in India was shown that morel mushrooms extract exhibited hepatoprotective activities and it can help to reduce several markers that are used to measure liver disease.