Lentils have many health benefits such as help in maintaining a healthy nervous system, prevent atherosclerosis, it is good for the pregnant women, a high protein content, a solution for anemia, weight loss, control of cancer, diabetes control, a healthy heart, improved digestion and better electrolyte activity due to potassium. Lentils are edible seeds or pulses. They belong to the legume family. They mostly consist of two halves covered in a husk. Seeds are lens – shaped and this is a reason why their Latin name is Lens culinaris. This is one of the oldest sources of food, dating back more than 9,000 years. Lentils can be consumed without or with the husk. They are most commonly used in the Asian countries, particularly in India. India has the largest number of vegetarians and lentils can be consumed as substitute for meat because they can give the required proteins.

Boost metabolism: Lentils are rich in vitamins in which is included the Vitamin B3. This vitamin plays a significant role in boosting nervous and digestive system. This vitamin also offers many other benefits such as decreased risk of diabetes, osteoarthritis, cataracts, Alzheimer’s disease and it can control diabetes.

High iron content: Lentils are rich in iron which is needed for our bodies for optimum hemoglobin production. When you eat one cup of lentils (200 grams) every day, then you enter 36% of the iron of the daily recommended value. 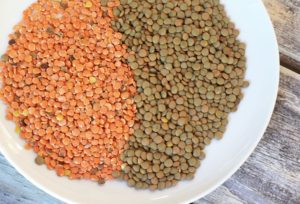 Weight management: There are some studies in which is said that the regular consumption of lentils can help in weight control and it can increase the satiety.

Good source of folic acid: Lentils are rich in Vitamin B complex such as folic or folate acid. When pregnant women consume folic acid, then this helps in the prevention of birth defects. There was one study in which is said that a lack of folic acid can often result in neural tube defects. Lentils have folate which helps in the formation of red blood cell. Also it is good for pregnant women and it has an important role in maintaining homocystine levels. Also it has been shown that is effective against DNA damage and hypertension which can result in cancer.

Counteracting cancer: There are some studies in which is found that the plant lectins, a separate type of plant originating from foods like soybeans, peas, peanuts, wheat and lentils have a great influence on cancer cells. Also in these studies was said that these lectins cause apoptosis and cytotoxicity. This means that they have a great potential to control cancer growth.

Heart health: Lentils have negligible amounts of fat which are an ideal source of protein and they are not adding extra fat to your body which means that they are promoting a healthy heart. They have magnesium which can relax cardiovascular muscles and also it will help you to lower the blood pressure.

Improves digestion: Lentils are rich in dietary fiber. This element can help you to improve your digestion if you consume lentils at regular basis. Also it can ease the bowel movement which can result in decreased constipation.