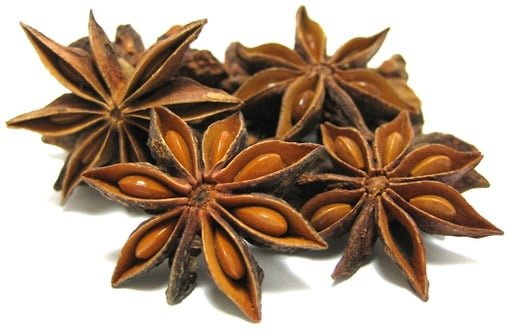 Star anise has distinctive shape and flavor and this is a reason why it quickly becoming one of the most sought after spices in the world, particularly due to its potential effects on our health. Its cost and relative accessibility is making it an excellent option for both medicinal and culinary applications around the world. This is the hard pericarp of the fruit of the star anise tree which has the scientific name – Illicium verum. It is native to Southeast Asia and parts of China. This hardened fruit can be grounded into a valuable powder to be used as a spice or it can be used whole in some dishes and preparations. This spice is highly desired because it has active compounds, particularly those who are found in star anise oil. Also it has compound known as shikimic acid, which is very important part of anti – influenza medications all around the world. Excessive use of star anise or the consumption of anise supplements, can lead to complications or interactions with other drugs, such as those who are used for hormonal or cancer regulation. If you have any prescribed medications, then you should speak you’re your doctor about your possible allergy before you add star anise in your daily diet.

Cancer risk: Star anise has diverse range of antioxidants, from kaemferol and quercetin to coumaric acid and thymol, and all of them can affect the oxidative stress in your body. When there is a support of your immune system and reduce of free radicals, then there is a lower risk of mutagenic effects in your body, which can lead to tumor formation and cancer cells formation.

Hormones: The effects of this spice on hormone levels were widely studied and it can have powerful effect on both males and females. In women it can regulate menstrual cycles, control mood swings and other hormone – driven side effects of menstruation while in men it can provide an energetic boost and increase in sex drive.

Digestion: Star anise is an effective digestive agent and also this fruit is commonly eaten after meals to promote proper digestion. It can help you to get a relief from the excess flatulence and bloating, while at same time it will ease cramping and improve the bacterial balance in your gut for high nutrient uptake efficiency. 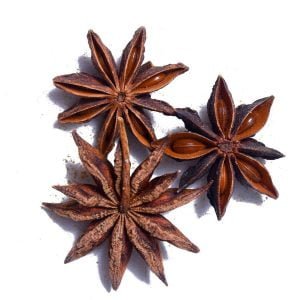 Fungal infections: This spice has powerful anti – fungal properties and this is a reason why it is a trusted home remedy for a huge host of fungal infections in which are included Candida, ringworm, Athlete’s foot and other common strains. The most fungal infections are relatively harmless and the regular dosage of star anise tea can give a boost of your immune system against those pathogens.

Circulation: Star anise has iron. A single tablespoon of these small fruiting bodies have roughly 13% of our daily recommended amount intake of iron. While you are eating an entire tablespoon of these fruits is unlikely, the concentration of iron can help to boost the red blood cell production and it can increase the energy levels by promoting circulation and proper oxygenation to the extremities of your body.

Sleep issues: There are many studies in which are shown that the star anise have some levels of sedative properties that are attributed to the magnesium content and antioxidant levels of this spice. It can stimulate the release of some neurotransmitters which induce sleep and relaxation, which is making this spice valuable for people who suffer from regularly interrupted sleep patterns and insomnia.

Respiratory infections: Star anise can support the respiratory health. If you have sore throat or cough or you feel early stirrings of the flu, then one cup of anise tea can sort out the inflammation rapidly and it can neutralize underlying infections before more serious symptoms arise.

Immune system: Star anise has antibacterial effects which are widely known. There are some studies in which is shown that the star anise has been used to treat bacterial infections of the stomach and other parts of our bodies for centuries. Also it is effective against several antibiotic – resistant bacterial strains which is making it very valuable for the pharmaceutical industry.