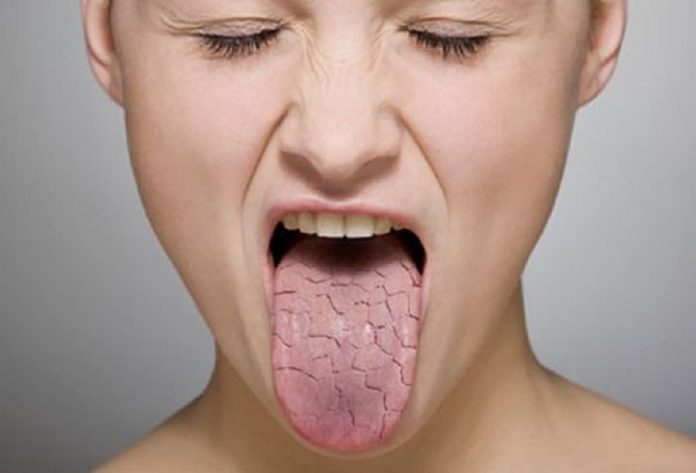 This is a lifelong systemic autoimmune disease which is causing the white blood cells to mistakenly attack healthy cells and tissues.

As Sjogren’s syndrome progresses, it can attack other parts of our bodies, such as the liver, thyroid, lungs, kidneys, nerves, joints, and soft tissue [1].

There are two types of Sjogren’s syndrome – primary and secondary.

The secondary Sjogren’s syndrome happens alongside another autoimmune diseases, such as lupus, scleroderma, Hashimoto’s disease, or rheumatoid arthritis.

Sjogren’s syndrome is not curable but it has many treatments which can help to minimize the symptoms of this disease.

When you are eating more meals in smaller portions on a frequent basis throughout your day, then you are encouraging your body to produce more saliva and to keep the moisture-producing glands in better health. It is same as the chewing gum, it means when you eat more meals in smaller portions it is increasing the saliva and gastric juice production which can help to avoid many symptoms of Sjogren’s syndrome.

It is a known fact that when you are consuming highly acidic, salty, or spicy foods, then they can damage your salivary glands and they can have a negative effect on your mouth in general. If you suffer from Sjogren’s syndrome, then these glands are already under attack so it is recommended not to make things any worse. Also, salty and spicy foods can cause your body to dehydrate, either through sweating or water retention which is also making the Sjogren’s syndrome worse.

You can dab organic coconut oil to help soothe and protect the eye if you suffer from dry eyes. It will give you relief from dry and itchy eyes. You should not rub your eyes because there is a lack of tears to flush out particles and you accidentally scratch your cornea.

One of the most common symptoms of Sjogren’s syndrome is dry lips. It is known that a lack of saliva and dry mouth can lead to dry and cracked lips. You should use a natural lip balm to get relief from discomfort. You should make homemade lavender mint balm which has no chemicals and it can give you soothing relief.

There are some studies in which is said that eye drops that have Vitamin A as their component can be effective natural eye drops for people who have dry eyes. Also, you should add more foods rich in Vitamin A to your diet, such as yams, cantaloupe melons, carrots, and potatoes.

If you have an oral yeast infection as a symptom of Sjogren’s syndrome, then you can use cinnamon oil as your natural cure for it. There are some studies which are shown that this oil has great anti-candida activity which is making it one of the best ways to fight against candida infections.  If you want to have the best results, then you should drink a couple of tea with honey, lemon, and cinnamon oil each day while the symptoms of Sjogren’s syndrome persist. You should pour very warm, but not boiling water, into a mug over a slice of lemon and you should let it stay there for 3 – 4 minutes. You should stir it, then remove the lemon slices and then add one teaspoon of raw honey and six to eight drops of cinnamon oil.

Chewing gum can increase the salivation in your mouth. When you are tricking your body into thinking that it is about to eat, swallow and digest something, then it increases the amount of saliva which is being produced and released into your body. It is known that one of the easiest and most constant methods of symptom mitigation for Sjogren’s syndrome is chewing gum.

This vitamin was recommended as a natural treatment for moisturizing the skin and other parts of the body. Also, the supplementation of Vitamin E has been connected with lessened symptoms of Sjogren’s syndrome. You can add more Vitamin E–rich foods in your diet, such as mustard greens, kale, and almonds or you can take this vitamin in supplement form on regular basis. [2] 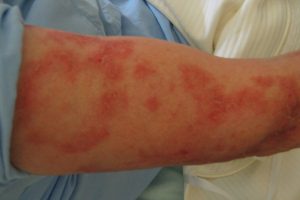 Green tea is rich in antioxidants which are very effective in the treatment of many diseases including Sjogren’s syndrome. Green tea has polyphenols which are directly connected with minimizing the effects of autoimmune diseases by preventing the inflammation of salivary and moisture glands in your body. Green tea and its components (polyphenols) are minimizing the attacks on the immune system and cytotoxicity and they can slow or even neutralize the symptoms of Sjogren’s syndrome. [3]

There are some studies in which is said that Vitamin D deficiency is often in people who suffer from Sjogren’s syndrome and this can exacerbate the symptoms of Sjogren’s syndrome. This is a reason why Vitamin D supplementation is often recommended. Also, you can add foods rich in Vitamin D in your diet, such as fish, soybeans, and spinach. [4]

There are some studies which are shown that there is a link between low levels of Omega – 3 fatty acids and dry eye disease. It is recommended to supplement with one tablespoon of a high–quality and cold-pressed organic flaxseed oil on daily basis. Also in some studies are supported the topical application of flaxseed oil for dry eyes. Talk with your doctor about the best option for you.

You should take 1000 mg of Vitamin C on a daily basis because this can increase the saliva and tear production and at the same time it will increase the strength of the immune system. Also, you should add foods rich in Vitamin C to your diet. It is known that Vitamin C along with the essential fatty acids can help to improve the dry eyes and dry mouth which are symptoms in people suffering from Sjogren’s syndrome.

You should use a warm and moist compress over your closed eyes because it can improve the tear production and it will increase the thickness of the tear film, moistening dry eyes.

When you have Sjogren’s syndrome, then it is made more difficult, if not impossible for your body to generate moisture through appropriate glands. One of the most important things which you should do in the natural treatment of Sjogren’s syndrome is to add extra water to your diet. Also, you should eat foods that are high in water, such as spinach, peppers, celery, radish, and zucchini. [5]