The umeboshi plums are translated into the English language as picked plums or Japanese plums but actually they are not plums. This is a pickled delicacy made from the fruit called “ume”. Ume is a fruit which is cross between a plum and apricot. Umemoshi plums are very popular in Japan, not only for their taste but also for their health benefits.

The ume fruit is pickled in the summer months when this fruit is ripe before being preserved for a month or so in a salt barrel. Then, it is dried beneath the hot summer sun for many days until its skin gets a wrinkly texture like that of a raisin or a sultana. Umeboshi plums have unique, salty flavor which is a reason why people in Japan often serve it on a plain bed of boiled rice. 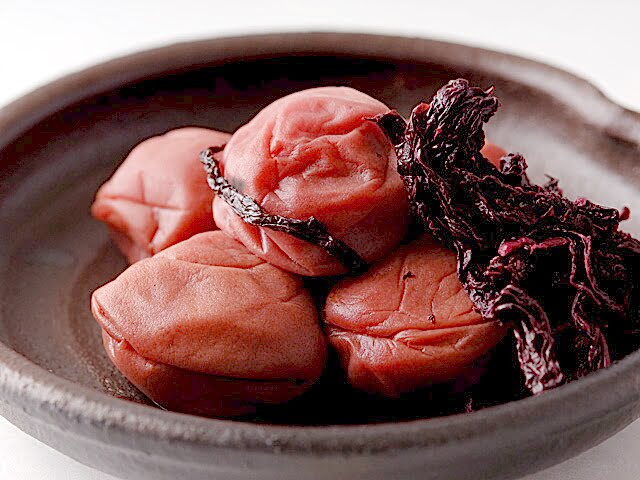 Bone health: Umeboshi plums can benefit your bone health due to its high amounts of polyphenol content. Polyphenols have antioxidant properties which can neutralize the effects of free radicals which lead to many diseases. Osteoporosis is a very common condition which usually affects older women. Osteoporosis leads to a loss of bone density and it makes bones more fragile and prone to fracture. In one study done in 2014 was said that umeboshi has positive effects against osteoporosis.

Cancer: This fruit has many compounds which can be effective in the treatment and prevention of cancer. In one study done in 2007 was found that the extract of umeboshi plums has the ability to inhibit the growth of the cancer cells and this study was done on cancerous liver cells. In another study were studied the effects of the extract from umeboshi plums on pancreatic cancer. It was found that this extract is able to inhibit the growth of these cells by apoptosis while leaving healthy cells untouched. In other studies was said that the umeboshi extract can be effective against other types of cancers, such as breast and skin cancer.

Liver health: It has potent natural compounds and properties which can protect your liver’s health. Liver is playing a key role in the fat metabolism detoxification and it is producing proteins which are needed for effective blood clotting. Obesity and alcoholism are causes for the liver damage and poor liver health. There are some studies in which are said that the consumption of umeboshi plums on regular basis can preserve the liver function and it can protect it from diseases.

Weight control: The umeboshi plums have low calorie count and decent nutritional value which is making it a good choice if you want to lose weight. In one gram of umeboshi plums there are fewer than seven calories and also they are rich in dietary fiber. Fiber rich foods can make you to feel fuller for longer and they can help you to resist the temptation to snack throughout the day. This is healthy snack for you which will not add extra calories but it will keep you full and healthy.

Gastric ulcers: Gastric ulcers happen when the lining of the intestines or gut becomes inflamed or swollen. Helicobacter Pylori is one of the most common causes for gastric ulcers. There are some studies in which are said that eating umeboshi plums can help a person to stay protected from gastric ulcers. This fruit has substances which can inhibit the H. Pylori and it reduces intestinal inflammation.