The health benefits of watercress are providing thyroid, cancer preventive, boosting immunity and nutrition support. When you add a single serving of watercress in your diet, then you get all of the mentioned health benefits. This is cruciferous plant which is grown for centuries as a mineral rich green leafy vegetable. This vegetable is a family member of brassica and it has health benefits of other members of this family. It is rich in minerals and vitamins. The phyto chemical structure of watercress has antioxidant properties.

Common cold: Watercress is rich in Vitamin C which is one of the most effective home remedies for this condition. There was one study about the Vitamin C in which is shown that this vitamin is reducing the risk of cold by 66%. When you add this vegetable in your diet, then it can help you to reduce the risk of cold.

Eyesight: There are some studies in which is shown that the intake of Vitamin C can reduce the risk of cataract development. Add watercress in your diet because in this way you will stay protected against cataract.

Bone health: Watercress is rich in calcium which can be very effective in reducing the risk of osteoporosis. This element works in repairing and building bone by affecting the increase in the production of osteoblasts which are cells that are responsible for this helpful activity. Also this vegetable is rich in folate which plays a direct role as an interactive nutrient in maintaining bone density. 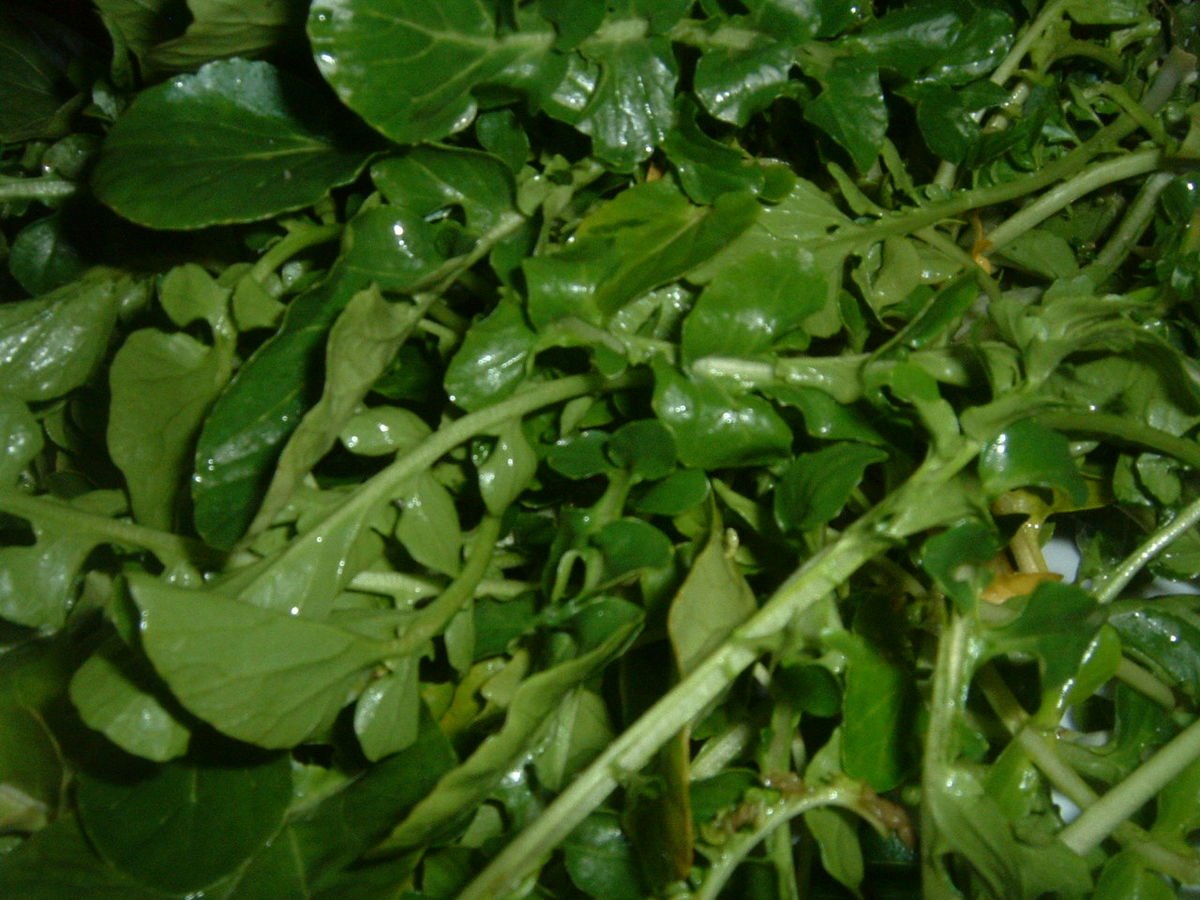 Blood: There are many studies in which is shown that Vitamin C and Vitamin E are effective in reducing oxidative damage to red blood cells. These studies were based on supplements but also it is suggested that the consumption of food such as watercress with his nutrients can be very beneficial for your health.

Brain: When you consume foods that are rich in Vitamin C, then this can prevent cognition changes related to aging and Alzheimer’s disease. Also it can protect and repair brain tissue. Also this vegetable works to reduce bleeding when the stroke has happened. Also there are other studies about this vegetable in which it was shown that those having sustained traumatic head injury often have lower blood concentration of Vitamin C. It is recommended daily intake of foods which are rich in Vitamin C such as watercress because it can prevent damage and improve the outcomes of brain injury and function. Also the high concentrations of Vitamin C are playing a big role in neuron building activity.

Cognition: Watercress has folate which may act a preventive against cognitive decline. There was one study in which males aged 50 – 70 years of age which were taking 800 mg of folate daily was shown that it has beneficial effect on verbal fluency and cognition. This vegetable has high amounts of folate and it can be protective against the cognitive decline.

Pregnancy: Folate is very important element for the development of a healthy embryo because this element is playing an important role in normal cellular division. It is shown that the daily consumption of at least 400 mg of folate by pregnant women can reduce the incidence of neural tube deficiency. Watercress is rich in folate which is a reason why can help you to reduce the risk of neural tube deficiency during pregnancy.

Stroke prevention: There was one study in which 662 adults showed beneficial results of foods fortified with folate in preventing stroke. You should consume watercress because you will get the same health benefits and nutrients like fortified foods.

Cardiovascular health: This vegetable can help you to lower the risk of many chronic diseases. It can lower the low – density cholesterol levels which can reduce the risk of cardiovascular diseases such as arteriosclerosis and other chronic diseases. Also this vegetable has Vitamin C which works as an antioxidant and it can help you to reduce the heart tissue damage which is caused by oxidative stress. Also watercress is active in the process of embryonic cells developing into cardiac myocyctes and it is improving the heart rate.