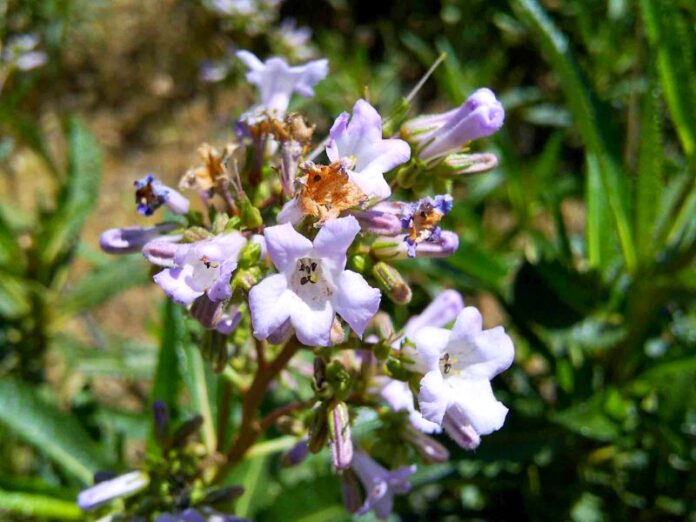 The scientific name of yerba santa is Eriodictyoncalifornicum. The origin of yerba santa is from California, Arizona, Nevada, Oregon, and Northern Mexico. The form of yerba santa is in small capsules, which are 0.08 – 0.12 inches long. It is a flowering shrub that belongs to the family Boraginaceae. It is said that yerba santa is producing an unpleasant odor. It has a bitter taste which ultimately turns sweet. Some people say that the sweet flavor is reminiscent of bubble gum.

The yerba santa is also known by other names, such as Herbe Sainte, Hierba Santa, gum bush, Eriodictyon, etc. Native Americans have used the leaves of yerba santa as traditional medicine. It was used a lot as a home remedy for respiratory ailments. The flowering season of the yerba santa is from July to August. The yerba santa grows in shallow to deep, slightly acidic soil. The soil texture varies from sandy loam to heavy clay.

Here are some health benefits of yerba santa: 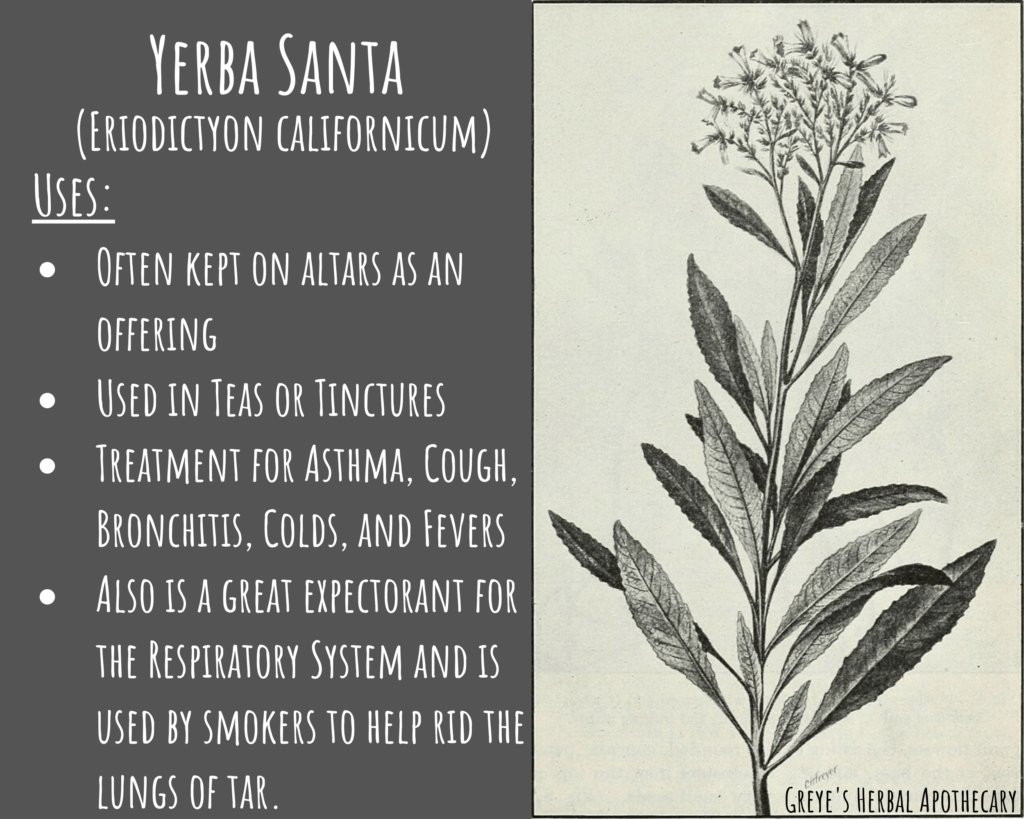 Native Americans have smoked or chewed the leaves of yerba santa as a home remedy for asthma. Also, tea or tonic made from yerba santa is very beneficial for the treatment of chronic asthma. This method was used a lot by early European settlers in the western US. There should be done a lot more studies about the effects of yerba santa on asthma, but people who have bought yerba santa supplements and extracts have said that it was more effective and easier to use compared to the medicines for asthma. In some cases, people have said that a single drop can help to ease the symptoms of asthma anywhere from 4 – 24 hours.

There was one study done in 1992 in which were isolated twelve compounds called flavonoids which have inhibited the growth of cancer cells in cultured hamster embryos. From this study was concluded that the yerba Santa can be used as a cancer preventative therapy, but a lot more studies need to be done in the future. Also, from this study was concluded that yerba santa has an antibiotic compound called periodicity, which is helpful in the treatment of cancer.

One of the most popular uses of yerba santa is for the treatment of respiratory conditions, mainly when there is a lot of mucus stuck in the body. The yerba santa is considered an expectorant by breaking up thick mucus and facilitating its expulsion from the body. Yerba santa is a very helpful home remedy when it comes to acute colds and coughs with upper respiratory and sinus congestion. The yerba santa is a muscle relaxant and it works well as asthmatics as it dilates the bronchial tubes and it allows the air to flow more easily into the lungs. Many people who suffer from asthma smoke yerba santa in a pipe.

It is also addressing the inflammation of the mucus-producing tissues, which makes it great for clearing up most parts of the body, like a runny nose. Also, many people have said that yerba santa is one of the best home remedies for the treatment of persistent cough that does not respond to other medicines.

When you chew yerba santa, then excess saliva is produced, which makes it one of the best home remedies for treating chronic dry mouth. Also, the leaves of yerba santa are producing a sweet taste which is very effective in the treatment of foul breath. Also, oral sprays which are made from yerba santa are available and the reviews of these sprays are mixed.

Some people reported that they can prevent the oral dryness brought on by sleeping, while others have said that the effects are not long-lasting. Studies have said that yerba santa based oral sprays can give you relief for up to two hours after use.