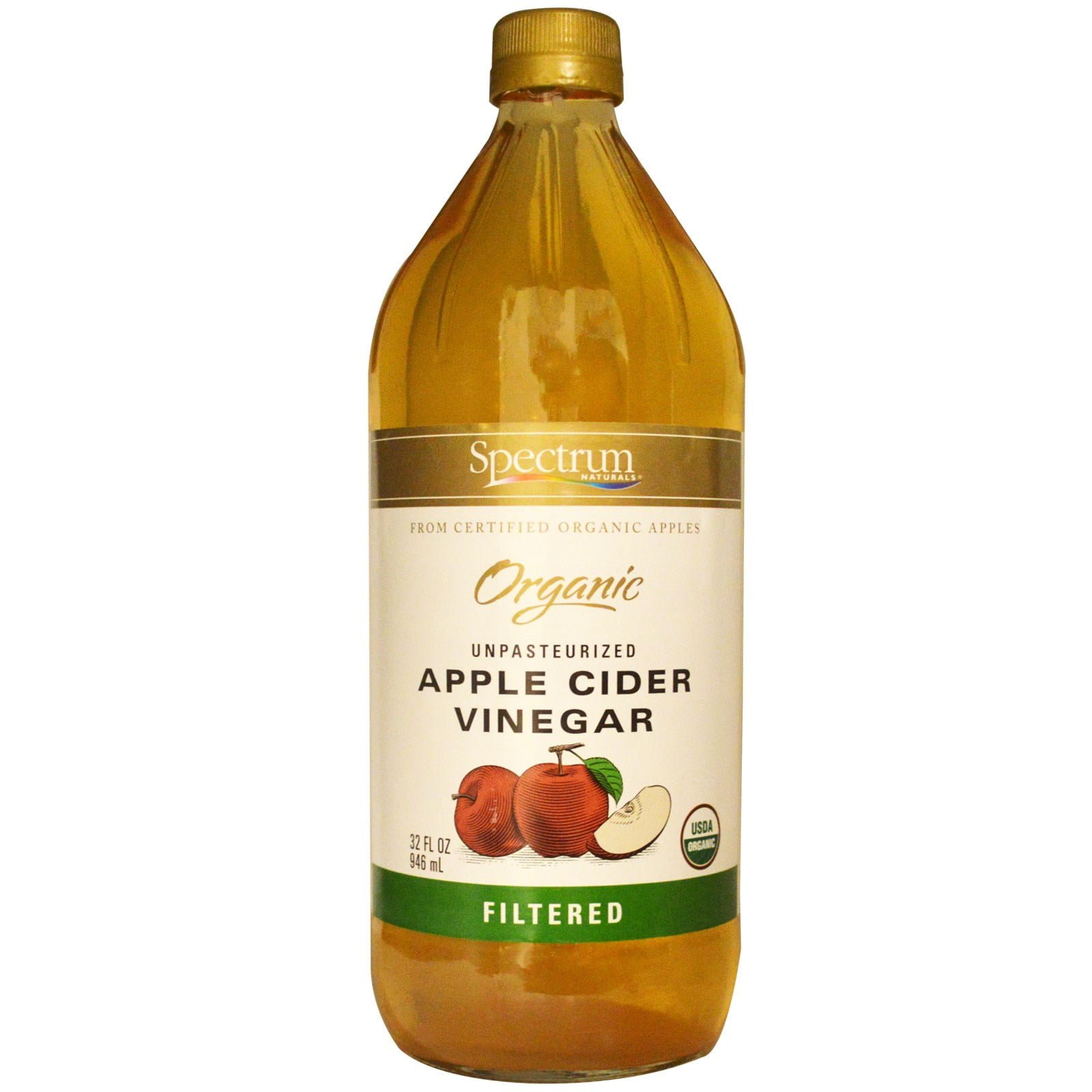 The exact cause of the Bartholin cyst is the fluid accumulation in the gland; In this article, we shall see the various natural cures for Bartholin cyst treatment.

The Bartholin’s glands are located on both sides of the vaginal opening. They release fluid which has the role of lubricating the vagina. These glands, in some cases, are becoming obstructed or blocked. When this process is happening, then the fluids back up in the glands, which causes swelling.

In most cases, this swelling is painless, and this swelling is the disease called Bartholin cyst. If the fluid in the cyst is infected, then the cyst becomes sensitive, and also, this fluid forms an abscess surrounding the inflamed area. The exact cause of this disease is the backing up of the fluid in the gland. In this article, we shall see the various natural cures for Bartholin cyst treatment.

There are many factors that can be reasons for backing up the fluid. Infected skin and flap of the skin are one of the factors that are the most responsible for fluid back up.

In some cases, this disease is going on its own. But there should be medical treatment or the use of natural remedies because it can happen to appear again. You should visit your doctor if you notice this kind of cyst in your vaginal opening. He or she will tell you the right medical treatment or natural treatment for your condition.

You must visit your doctor to be sure that will not be complications in the future. Natural remedies are used to eliminate the cyst’s blockage and help heal this condition. It is always a good idea to start using natural remedies before taking some medicines because they will help you more naturally. Also, do not use any kind of natural cure or medicine without consulting your doctor.

This nutrient is important for your immune system. It is used as a natural treatment for Bartholin cysts. Also, this vitamin helps to protect the body from any kind of damage that can be caused by free radicals. Vitamin C is not just used for inflammation diseases but also for treating cysts, especially Bartholin cysts [1].

You should consume lots of Vitamin C. Eat raw fruits, which are rich sources of this vitamin. It will improve your health and will also decrease the swelling and pain caused by the Bartholin cyst. You will feel much better than the first period in which you have started feeling the symptoms.

Vitamin D is one of the most used vitamins not only for treating Bartholin cyst treatment but also for many kinds of diseases. This vitamin boosts your immune system. This property is very important for your health because you can fight against the free radicals in the body and all kinds of bacteria that can cause serious diseases.

When you are using this remedy for Bartholin cyst treatment, you are eliminating the underlying infection that can cause this disease. Many medical experts recommend using 10,000 IU of Vitamin D3 and 15 drops of colloidal silver under your tongue twice daily.

In most cases, this remedy helped to disappear the cyst, and it has never returned back. It has helped to cure many women who were having this problem and make them cyst free. Also, you should eat a lot of raw fruits with Vitamin D as their component. These nutrients are very effective at killing the bacteria which can cause Bartholin cysts. It boosts your immune system and gives it strength to fight against the free radicals which can cause serious diseases in your body [2].

It also eliminates the infection which is appearing when you suffer from a Bartholin cyst. So, this is one of the best Bartholin cyst treatments.

Tea tree oil is one of the effective Bartholin cyst treatments as it has helped many women who were affected by Bartholin cyst. You should rub tea tree oil (diluted) on the labia. Soon you will notice good results. Also, you can take this remedy internally.

If you have problems with an upset stomach, you should eat a mixture of olive oil on toast, fresh garlic, and manuka honey in this tea. It will boost your immune system [3].

You will have a lot more energy than before. Also, when you have a Bartholin cyst, you must avoid sexual activities because it can be the reason for a bigger infection.

In some cases, when this oil was rubbed on the cyst twice per day, it helped the cyst to be gone. In these cases, patients did not need to use antibiotics. They got rid of the cyst in a natural way.

In some cases, patients were using a mix of tea tree oil and colloidal silver, which were applying it on the Bartholin cyst three to four times per day. Also, this Bartholin cyst treatment has helped people who were suffering from this disease.

Also, some of the patients affected with Bartholin cysts decided to drink alkalizing soda because when they have this disease, their bodies can have an imbalance of the vital minerals. They are cured when they mix alkalizing soda with tea tree oil. But as we have said before, do not use some natural remedy before you consult with your doctor.

Maybe, you are not suffering just from one disease, or maybe you have some infections in your body which can be more dangerous if you are not informed about them. Also, you can add tea tree oil to your baths. If you decide to have tea tree oil baths, then you should take serrapeptase internally. After a few days, patients noticed much better results and had relief from the pain caused by the cyst.

Also, this remedy can be applied without mixing it with any other kind of natural remedy. Apply the pure tea tree oil (diluted) on the cyst, and you will feel relief from the pain. In many cases, people affected with Bartholin cyst were eating yogurt, did not eat sugar, and putting tea tree oil on the cyst; they have improved their health and also had relief from the pain caused by this disease.

Also, the combination of tea tree oil and calamine is an effective natural remedy for Bartholin cyst treatment.

One of the natural remedies for Bartholin cyst treatment is turmeric. It is mostly used at night before going to bed. It is recommended to ask your doctor about your chances of getting this remedy as your natural treatment. This natural remedy is helping to people to lose their acne and is also used by people with tumors because turmeric is a natural antiseptic and helps shrink tumors [4].

Also, you can make a mixture of turmeric and coconut oil. This mixture has helped many patients to reduce the symptoms caused by the Bartholin cyst and to be gone their cyst. Coconut oil put together with turmeric, is a very good Bartholin cyst treatment because coconut oil helps the body to absorb turmeric.

Castor oil is one of the most controversial natural remedies for Bartholin cysts because, in some cases, it has helped to cure the cyst, and in other cases, it was not cured. There are many studies that are done, and the results are very different.

Some patients who were using castor oil packs for their Bartholin cyst treatment have improved their condition and have not seen the cyst again.

This is one of the most used natural remedies for many kinds of diseases. Before using this remedy, you should be sure you are not allergic to apple cider vinegar.

If you are not allergic to apple cider vinegar, then you can take two tablespoons of apple cider vinegar in a small quantity of water. It will relieve you from the pain caused by this, as this is also an excellent Bartholin cyst treatment.

There are many cases in which patients are cured of the Bartholin cyst using silica supplements. They have 5g of Vitamin B6, horsetail, manganese, and zinc.

In most cases, one or two capsules are recommended per day. You should talk with your doctor about this natural treatment. He or she will tell you the right dose and the real natural remedy that will not cause you any side effects.

In most cases, people who decided to use this kind of natural remedy in the early stage of this disease were having serious pain. This is also another good Bartholin cyst treatment.

If you are suffering from a Bartholin cyst, then warm water will be the effective Bartholin cyst treatment for you. When bathing with warm water, the cyst ruptures and drains by itself.

You should sit in a tub filled with a few inches of warm water. Repeat this method three or four times per to have effective and quality results. But what is important to know about this natural remedy is that if you have an abscess or an infection, it can worsen your situation. So, select the best Bartholin cyst treatment after knowing your medical condition. [5]