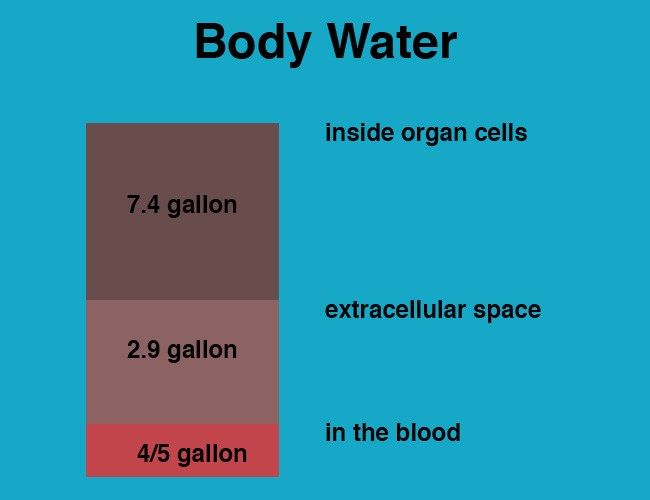 We know that the water is good for the overall health. All cells and organs in our bodies need water to function properly. But if you drink too much water, then it can lead to water intoxication. The water intoxication is also known as water poisoning, water toxemia and hyperhydration. There are not any firm guidelines which can tell how much water can kill you, but drinking more than a liter or so per hour for several hours is not something that doctors recommend.

The water intoxication is disruption of brain function due to drinking too much water. When you are drinking a lot of water, this is increasing the amount of water in your blood. It is known that this water can dilute the electrolytes in your blood, especially sodium.

When the sodium levels fall below 135 mmol/L, then it is known as water intoxication. We know that the sodium helps to balance the fluids between the inside and outside of the cells. When the sodium levels drop due to the excess water consumption, then the fluids shift from the outside to the inside of the cells and this is causing them to swell. When this is happening to the brain cells, then it is producing dangerous and potentially life – threatening effects. [1] It is very difficult to consume too much water by accident but there are many cases in which are reported cases of deaths due to this condition. There are many water intoxication cases which have been reported in soldiers. [2]

There is no a specific number for how much water you accidentally need to drink on daily basis. This is different for each person. You should consider your body weight, physical activity and climate to determine how much water you need to drink on a daily basis. If you are not doing intense workout, then you should drink an electrolyte drink which has sodium, such as sport drinks because it can hydrate you. 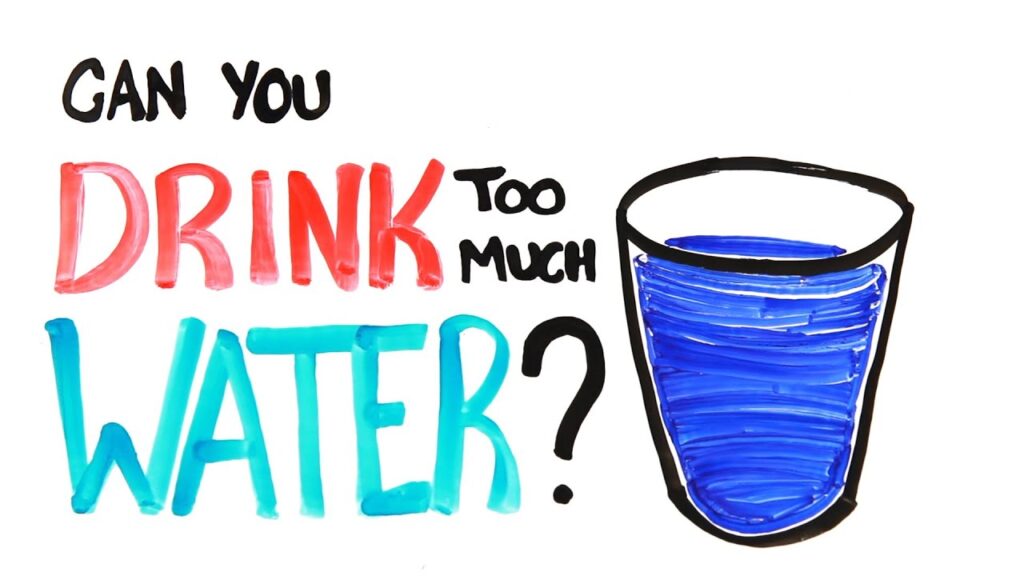 The symptoms of water intoxication tend to start appearing after you consume more than three to four liters of water in a few hours. The potential symptoms include:

When the water intoxication is in severe case, then it can cause seizures of loss of consciousness. If the person who is affected by water intoxication does not receive treatment, then it can be fatal. If you have noticed that you have any of the mentioned signs and symptoms of the water intoxication, especially seizures or drowsiness, then you should seek immediate medical attention. As the fluid builds up in the body, then all of it cells, including the brain cells, begin to swell. The swelling in the brain can eventually lead to coma, seizures and death if a doctor does not treat it quickly. There are some cases when eating a salty snack can provide some short – tem relief while waiting for the help to arrive.

When you are drinking too much water, then it can cause water intoxication, which happens when the blood sodium concentration becomes very low. [1] If you drink more water than your kidneys can flush out, it will dilute the sodium in your bloodstream which is causing to swell. The most cases of reported cases of life – threatening water intoxication have involved intense physical activity, such as running a marathon [3,4] or military training [2]. Other people have reported that the water intoxication comes from the excessive water consumption due to an underlying mental health condition or forced consumption as a form of abuse [1].

The water intoxication is also linked to the usage of drug MDMA, especially at music festivals. This is because people in these settings are often dancing for long periods of time in hot environments. When this is combined with the MDMA’s tendency to raise your body temperature, then it can make you to drink a lot of water. This is good for avoiding dehydration, but it can quickly become too much because the MDMA is causing urine retention. This means that you are not urinating frequently which is allowing all that extra fluid to build up in your body. [5,6]