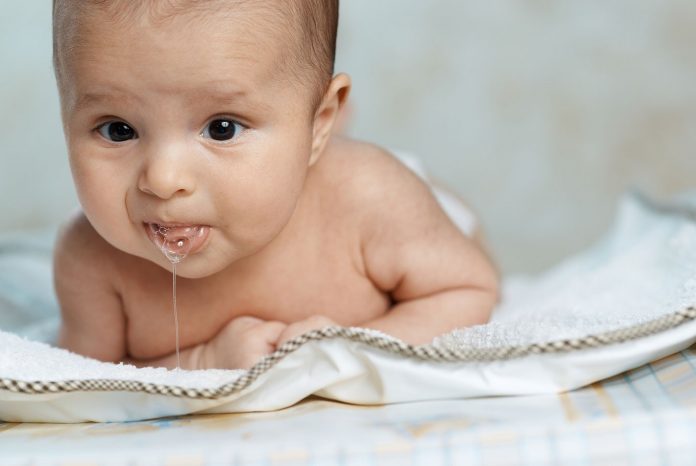 All people know that it is a common condition for infants to spit up after their meal. This little spit is known as GERD or gastroesophageal reflux. But if there is a frequent vomiting with discomfort and difficulty feeding or weight loss, then it can be caused by something more serious which is known as gastroesphageal reflux. GERD is a digestive disorder which is referred to the pediatric GERD when it is affecting young people. There was one study that was done by GIKids and in it was said that nearly 10% of teens and preteens in the United States of America are affected by GERD [1]. This condition can be difficult to be diagnosed in children. If you are parent and you want to know what is happening with your child, if it is a little indigestion or the flu and GERD, then you should read this article because it will help you to discover the differences between them.

What is pediatric GERD / acid reflux


GERD is happening when the stomach acid backs up into the esophagus after or during a meal and it causes pain or other symptoms. We know that the esophagus is the tube which is connecting the mouth to the stomach. The valve at the bottom of the esophagus is opening to let the food down and it closes to stop the acid from coming up. GERD is happening when the valve opens or closes at the wrong time. When baby vomits or spits up, then he is likely to display GERD, which is considered as normal and common in infants and usually this does not cause other symptoms. In infants, this condition is less common and it has a more serious form of spitting up. Also children and adolescents can be diagnosed with GERD if they show symptoms and experience some other complications. The potential complications of this condition can include inflammation of the esophagus or esophagitis, difficulty gaining weight and respiratory problems [2].

Symptoms of pediatric GERD: The symptoms of the childhood GERD are more serious than the infrequent act of spitting up or the occasional stomachache. GERD can be present in infants and preschool children, if they are:

Also GERD can be present in older children and adolescents if they: 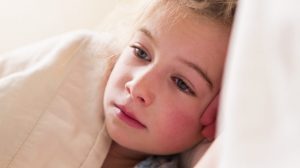 If you have long – term bathing of the esophageal lining with the stomach acid which can lead to precancerous condition known as Barrett’s esophagus. This condition could also lead to cancer of the esophagus if this disease is not effectively controlled [2], which is rare condition in children.

Causes for pediatric GERD: There are some studies in which scientists are not always exactly sure which is the cause for GERD in children. They have said that several factors can be involved in it such as:

Also there are some children who can have weak valves which are particularly sensitive to some foods and beverages or inflammation in the esophagus which is causing this problem [4]. Also there are some other factors which could lead to GERD such as specific medications, carbonation, drinking caffeine, eating spicy or fried foods, overeating and obesity [5,6]. Also there appears to be an inherited component to GERD because this condition is more common in some families compared to others. Most babies have reflux which is due to the poorly coordinated gastrointestinal tract. Many infants who have GERD are otherwise healthy but other infants can have problems affecting their muscles, nerves or brain.

[4] Newberry C, Lynch K. The role of diet in the development and management of gastroesophageal reflux disease: why we feel the burn. Journal of Thoracic Disease. 2019;11(Suppl12):S1594–S1601.