When you are diagnosed with brain fog, then this means that you have signs of inflammation in the brain. This inflammation is causing to slows down the recall, mental activity, and neurons to fire more slowly and the reflexes are slowing down. When this is happening also the production of the energy in those cells is slowed down. Your cells fatigue easily and you are not having a focus for a longer period. This inflammation means that you live in a hazy reality where you are feeling dull, disoriented, and scattered. When you have brain fog, then you can have some of the next symptoms: the function of your memory is low, you are often confused, you are processing the information slowly, you are feeling groggy and you are stammering or stuttering when you are speaking. There are many home remedies and natural cures which you should try before you decide to take medications for your situation: 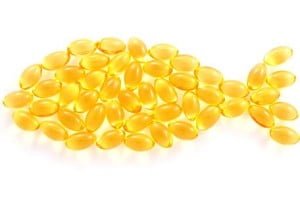 This element is helping a lot in improving cerebral vascular circulation. When you are adding magnesium to your diet, then more oxygen and more blood are delivered to your brain. When this is happening your brain is improving its health and also you have clear thinking. [2]

Mitochondria are places where the fatty acids are converted into energy. Acetyl-L-Carnitine which is an amino acid is helping in the transportation of the fatty acids in the mitochondria. Also, this amino acid has another vital role for the brain and that is to stimulate the neurotransmitters in the brain.

If you are not having enough amount of Vitamin B in your body, then you will be moody and sluggish. When you are adding a B complex supplement to the body, then this vitamin is converting the nutrients from the food that you have consumed into fuel which is very usable for the body. All vitamins B are having a major role in keeping the brain healthy. The most important B Vitamins which are having the biggest role in promoting brain health are Vitamin B6, Vitamin B12, niacin, folate, and thiamin. Vitamin B is needed to be consumed in the organism because it is metabolizing glucose which is the primary source of fuel in this element in the brain. [3]

This antioxidant is produced in a natural way in the body and also it is found almost in every cell of the body. The primary function of the CoEnzyme Q10 is to keep the heart-healthy. Also, this anti-oxidant is improving the energy and circulation in the cells which are very important for keeping the brain healthy. If you have been diagnosed with brain fog, then you should take the CoEnzyme Q10 in a supplement form because it will keep the health of your brain. [4]

Adaptogen herbs such as maca, ashwagandha, and holy basil have the ability to lower cortisol, and also they are defending the body from stress and fatigue.

One of the most important practices for treating this inflammation is to detoxify your body. There are many famous medical experts which are recommending the use of the modified citrus pectin for removing all the toxins from your body. This element will not alter the levels of the essential minerals. The recommended daily intake of modified citrus pectin is 15 grams which should be consumed with your mouth which means you should take this natural remedy in oral form for the best results.

One of the most important treatments for the brain fog suggested by many famous doctors is the daily foot reflexology. Target areas in your body are pinpointed with this method and also utilization of the message-based system which is promoting the removal of the wastes from your body will improve the general processing of your body.

This is a supplement that is recommended being used from doctors because this supplement is promoting the health of the brain.

It is very recommended the usage of it because it supports neurological health.

A supplement known as astaxanthin

The health of the brain and the function of the brain can be improved when people diagnosed with brain fog are taking astaxanthin [5].

The most recommended daily intake amount is 5 ml or one teaspoon of lecithin twice per day. This is a raw material that is important for the building blocks of the membrane.

This oil has the ability to make sure those membranes are not too elastic or not too stiff. This means this oil should ensure that the body that membranes have a perfect consistency.

This is the most perfect fuel which is keeping the health of the brain cells [6]. The recommended daily intake amount is 10 ml or one dessert spoonful of coconut oil twice per day.

This herbal supplement is very effective at giving relief to people who are suffering from brain fog. This herb is dilating the blood vessels to increase oxygen and improve the circulation in the brain. It is improving the cognitive function in the brain and it is promoting good memory. [7]

Water with a lemon

You should have adequate sleep because this will help your brain to have optimal function and also in relieving the brain fog. There are days when you are sleeping more than 12 hours and you are still feeling tired. But this feeling is passing. You should sleep at least 8 hours per day (which is recommended for sleeping every night). When you are sleeping 8 hours per day, then you will have energy for everyday activities. Also, you will be alert all day. What is most important for you is that you will improve the function of your brain and you will have relief from the brain fog.

Alcohol is known as a CNS depressant which means it is reducing arousal. Also, it affects motor skills and judgment. If you want to avoid the brain fog, then you should not take alcohol anymore. If you are consuming alcohol, then you are affecting the function of the neurotransmitters which means that you will have problems with your focus. Also, illicit drugs and prescription drugs should be avoided because they function in the same way as alcohol which means they are CNS depressants. [9]