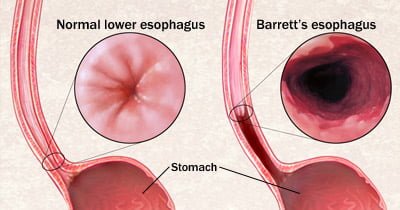 There are some people who have never heard about acid reflux or GERD (gastroesophageal reflux disease) and the number of people who do not know anything about the Barrett’s Esophagus is bigger compared to the first group. This is a very common condition as other gastrointestinal issues. This condition is often diagnosed in conjunction with the acid reflux. This condition can also be treated with natural remedies but if you suffer from Barrett’s Esophagus, then you should talk with your doctor before you start using some of the mentioned natural cures.

Here are some natural cures for Barrett’s Esophagus

Cayenne: Cayenne has anti – inflammatory properties which can help you to get a relief from the inflammation which is associated with the Barrett’s Esophagus [1]. Also this home remedy will help you to neutralize the acid in your stomach.

Licorice: There are some studies in which is said that the deglycyrrhizinated licorice (which is a special extract of licorice) can treat and control GERD and acid reflux which means that it can help you to control Barrett’s Esophagus [2].

Lifestyle changes: There are many studies in which is said that you can cure the Barrett’s Esophagus by the elimination of habits, beverages and foods which are increasing your risk of acid exposure to the esophagus. Alcohol and tobacco use are common health risks for Barrett’s Esophagus. Also you can cure this condition by reducing the amount of processed, refined and spicy foods in your diet. You should also avoid aspirin and soft drinks. Also there are some cases in which people have said that if you lose your weight, then this can help you to cure of Barrett’s Esophagus. The excess weight puts additional pressure on your abdomen and it pushes up the stomach which is causing the acid to back up in your esophagus. You should maintain a healthy weight. You should avoid tight fitting clothes because they can put pressure on your abdomen and aggravate the reflux. Also you should avoid foods and drinks which can trigger your heartburn. You should avoid any food which you think that it is irritating such as citrus fruits, tomatoes, raw onions, peppermint and chocolate. You should never eat two to three hours before you go to the bed. You should try visualization which is a mind/body technique that can help you to manage your symptoms. You should elevate your head of your bed by using blocks or foam wedges because in this way you will reduce the reflux while you are sleeping. You should avoid bending or stooping especially soon after eating. It is not recommended the high intake amount of fat for many reasons but there should be done a lot more studies in the feature which will show the link between the fat and Barrett’s Esophagus. People who are diagnosed with Barrett’s Esophagus should take minerals and antioxidants because they can help them to decrease the risk of developing esophageal adenocarcinoma cancer. But also it is said that if you take antioxidants, then this will not decrease your chances of getting Barrett’s Esophagus. This is a reason why a lot more studies should be done in the feature about the antioxidants. There was one study in which people who have high fiber intake, then this has decreased their chances of getting Barrett’s Esophagus. [3,4]

Apple cider vinegar: The pH of the stomach is one of the most common causes which are damaging reflux. This natural cure will help you to reestablish an appropriate pH and also it will reduce the damage to your body.

Lemon water: Lemon is a natural cure that can help you to reduce the amount of amino acids in your body [5]. Also this home remedy has other health benefits which can affect your digestive tract. Water in a combination with the lemon juice acts as natural cleanser which means that it will remove the bacteria and germs through your kidneys and liver and also it will help the digestive tract to eliminate waste more efficiently.

Aloe Vera: This home remedy will help you to soothe and calm your esophagus. Aloe Vera also can help you to reduce the effects of the acid reflux and the damage which is done to your esophagus. Some people who were diagnosed with the Barrett’s Esophagus have taken Aloe Vera juice as their natural treatment because it is natural cure and it has no side effects for them. They have noticed that after one week the symptoms of the acid reflux have gone. They were continuing with the use of the Aloe Vera juice and many people have said that they do not have the worst acid reflux. There are many doctors who have said that all of us have acid reflux but it is not bad in all people. There are many doctors who can recommend you to take some medications about this condition but we recommend you to consult with two doctors at least about your condition because some doctor can recommend you Aloe Vera juice as your natural treatment. Talk with your doctor before you start using Aloe Vera juice as your natural treatment. You should talk with your doctor about the recommended intake amount of Aloe Vera juice and when you should consume it. There are some people who have said that they have taken 2 oz of Aloe Vera before their meals and this natural treatment have helped them to coat their esophagus and throat. These people have said that their esophagus was getting worse day by day. Their chests were too sensitive to touch and they were getting a tickling cough. They were using Aloe Vera gel and they have noticed that after one week the cough is gone and also the burning in their esophagus is going down. They have said that their chests are still feeling sensitive but it is not the same like before. You can try this home remedy as your natural treatment for Barrett’s Esophagus but do not take it if you have not talked with your doctor previously. [6] 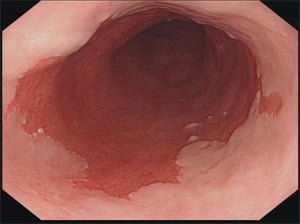 Switch to anti – inflammatory diet: When you make a combination of life – style changes, supplements and diet, then this can help you to deal with the Barrett’s Esophagus. You should switch to anti –inflammatory diet. This means that you should eliminate partially hydrogenated oils and polyunsaturated vegetable oils. You should eliminate the margarine and vegetable shortening because they are sources of trans – fatty acids. Instead of polyunsaturated oils, you should rely on olive oil. Also you should increase your intake of omega – 3 fatty acids by eating soy foods, freshly ground flax seeds, walnuts, sardines and salmon. If you do not like to eat fish, then you should take fish oil supplements which have EPA and DHA but you need to talk with your doctor before you start taking them. You should be sure that your diet has many fresh vegetables and fruits, particularly those which are rich in antioxidants. A half cup of blueberries has as much antioxidant power as five servings or broccoli, squash, apples, carrots and peas. You should reduce the alcohol consumption. If you take an occasional drink, then you should be sure that there is not food in your stomach. If you smoke, then you should stop with it. You should avoid decaf and coffee because both can irritate your digestive system. You should drink chamomile tea because it has soothing properties.

Slippery Elm: There are some people who use Slippery Elm as their natural treatment Barrett’s Esophagus and it lines all parts of their digestive systems which are at risk from the reflux. They have noticed improvements in their condition, but there should be done a lot more studies about this home remedy and its health benefits. [7]

Lying down: You should never lie down an hour after eating. You should keep your head up and your upper body elevated and you should maintain a position where your body is at slight downward angle with your head at the top and your feet lower. This will let the gravity to do its job which means that it will hold the acid down in your stomach. If you lay down with your feet elevated above your head will allow the stomach acids to reach the esophagus more easily.

[2] Can you use Deglycyrrhizinated Licorice (DGL) to treat acid reflux? Healthline. Retrieved from www.healthline.com/health/digestive-health/dgl-for-acid-reflux.