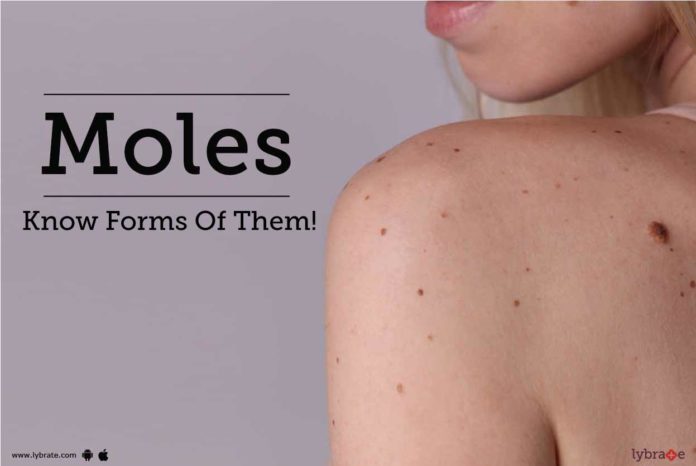 This is a very common type of skin growth. Moles often appear as small and dark brown spots which are caused by clusters of pigmented cells. Generally, moles appear during childhood and the adolescence. It is noticed that most people have ten to forty moles and some of them can change in the appearance or they can fade away over time. In the most cases, moles are harmless.

There are rare cases when mole become cancerous. It is very important to monitor it and other pigmented patches to detect the skin cancer, especially melanoma. Nevi are a medical term which is used for moles. We know that the typical mole is a brown spot. But there are some cases when mole can come in different colors, shapes and sizes

Mole can happen anywhere on the body, including your armpits, scalp, between your fingers and toes, and under your nails. In the most cases, people have between 10 – 40 moles. Many of these moles develop by age 50. It can fade away over time or they can change in appearance. The hormonal changes of adolescence and pregnancy can cause mole to become darker and larger. The ABCDE guide can help you to know if your mole indicates melanoma or other skin cancers

When the cells in the skin (known as melanocytes) grow in clusters or clumps, then it happen. We know that melanocytes are distributed throughout the skin and they produce melanin which is the natural pigment which gives the color of the skin.


The main complication of mole is melanoma. It is noticed that some people have increased risk of their mole becoming cancerous and developing into melanoma. Here are some factors which increase your risk of melanoma:

Having a personal or family history of melanoma: It is known that if you have melanoma in your past, then you have increased risk of a mole becoming cancerous. Also, some types of atypical mole can lead to a genetic form of melanoma.

Having many moles: If you have more than 50 ordinary moles, then this can indicate an increased risk for melanoma. There are some studies in which are said that the number of mole can predict cancer risk. In one study was shown that people less than 50 years old who have twenty or more moles on their arms have increased risk for melanoma. In another study was shown a relationship between the number of women’s moles and breast cancer risk.

Having unusual moles: Mole which are bigger than a common mole and which are irregular in shape are known as atypical or dysplastic nevi. These mole tend to be hereditary. Often, they have dark brown centers and lighter and uneven borders.