Here are some health benefits of finger millet: 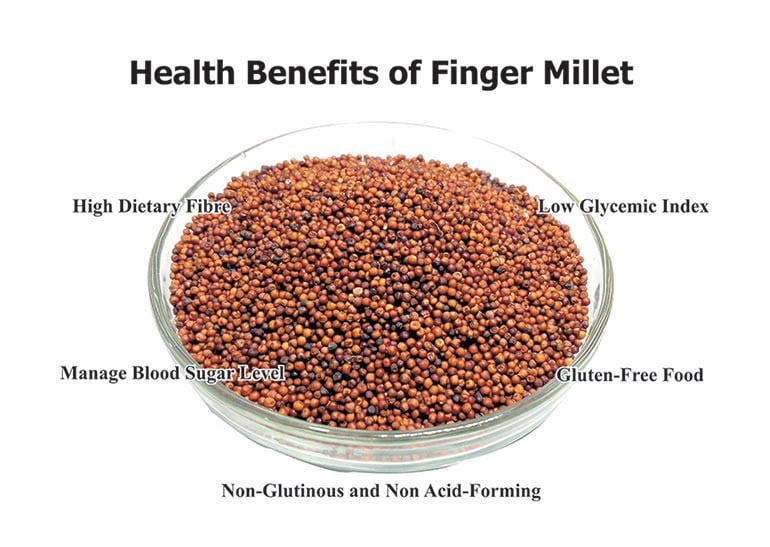 The finger millet has high amounts of dietary fiber which can help to keep your stomach full for longer. It can help to prevent unwanted cravings. This will lead to a minimized appetite and weight loss. The flour made from the finger millet will lower your blood sugar levels in the body by activating insulin. You should consume it in the morning, so you will make the most of its qualities and it will help you to feel full through the day.

This will cut down your risk of stroke and heart diseases. The finger millet has key amino acids, known as methionine and lecithin, which can help to lower cholesterol by extracting and cutting out excess fat from the liver. The amino acid threonine can help to prevent the formation of fat in the liver. Also, when the finger millet is unripe, in its green form, can help to control high blood pressure and hypertension.