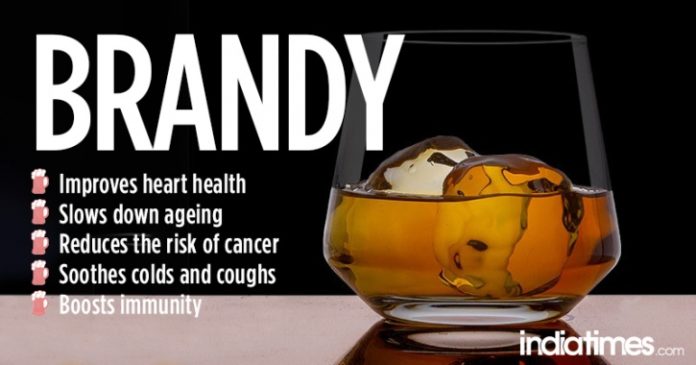 Brandy has many health benefits such as increase the strength of the immune system, reduces respiratory issues, control weight issues, improve your sleep patterns, boost heart health, treat certain types of cancer and it has ability to slow the signs of aging. Brandy is an alcoholic beverage which has been around in some form or another form for centuries. The name of this alcoholic drink comes from a Dutch word “brandewijn”. Brandy is made by further distilling wine to increase the alcoholic content. The distillation of the wine has been occurring since Classic times but this alcoholic drink was not widely propagated or understood until the 15th century. This form of liquor is typically between 30 – 60% alcohol by volume and when you drink in excess it can pack quite a punch. This alcoholic drink is usually enjoyed as after – dinner drink. You should drink brandy in moderation because it can cause damage to your liver and other organs but also it can cause problems in your psychological health.

Here are some health benefits of brandy:

Immune system: Brandy has been used as natural treatment for flu or cold with hundreds of years. It has natural warming properties which mixed with its relaxing quality induces healthy sleep. Also it has antibacterial properties which are making it delicious and popular liquor for boosting the immune system. Also it can eliminate pathogens which may be in your system. Brandy can boost your immune system with the help of antioxidants.

Respiratory conditions: Brandy has been used as an effective natural treatment for getting a relief from respiratory issues such as sore throats or coughs. It has strong alcoholic content which can help you to eliminate the bacteria and loosens up the mucus and phlegm because it is acting as a type of expectorant. It has anti – inflammatory properties which can soothe the irritation that is cause for sore throats and coughing.

Weight issues: Unlike carbohydrate – heavy alcohol drinks, like beer, brandy does not have carbs and it does not fill you up. This alcoholic drink can be also enjoyed as an aperitif. It will not ruin your appetite, nor does it contributes to the simple breakdown of carbs which can be easily stored as fat, which is the case with the carbs found in beer.

Sleep issues: Brandy has relaxing, warming and soothing properties that can help you to induce healthy and restful sleep. The high alcohol content in the brandy will also help the system because it has natural antidepressant properties. This is one reason why brandy is often suggested as an after – dinner drink because it prepare you to sleep. 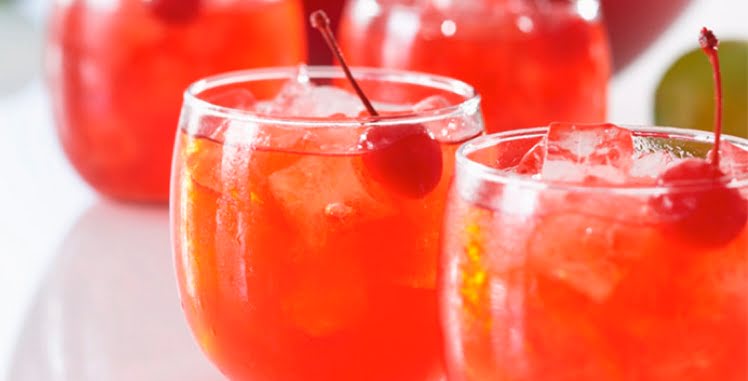 Cancer treatment: There are some types of cancer which are exacerbated by excessive liquor consumption. Brandy is connected with the prevention or treatment of certain cancers. Ellagic acid is one of the essential components of brandy. This component is powerful organic compound which can prevent the development and spread of cancerous cells. This positive effect is most obviously seen with ovarian and bladder cancer but there should be done a lot more studies in the feature to show if brandy is healthy liquor choice for people. This is accomplished by the activation of a certain gene (by the ellagic acid) which inhibits growth and metastasis of cancerous cells.

Anti – aging capacity: It has antioxidant properties, some of which are attributed to the presence of copper in some of the aging barrels can have a strong effect on your body. Antioxidants are organic components which can eliminate the free radicals in our bodies and also they can neutralize the effects of the free radicals. Free radicals are the dangerous byproducts of the cellular metabolism which are a reason why cells in our bodies are mutating or they cause cell death. Brandy has antioxidants which can prevent this type of cellular death in our brain, internal organs, hair, skin and others. There are some proves in which is shown that brandy can prevent some types of aging symptoms such as poor vision, cognitive issues, wrinkles on the skin and other chronic conditions which are happening as we are getting old.