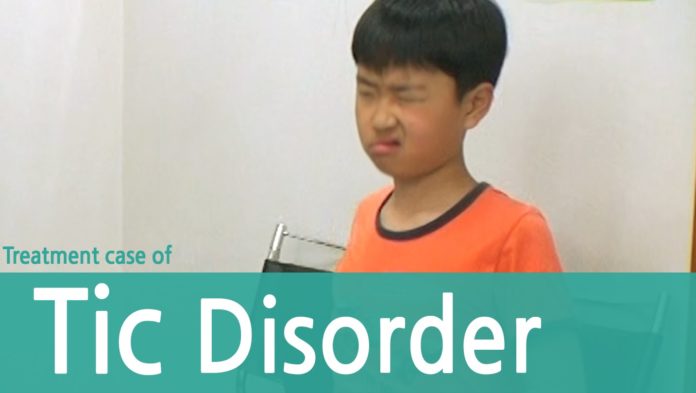 Tic disorder is spasm–like movements which are also known as twitches. They often affect the eyelids or face. But also they can happen in other parts of our bodies. Many people at some point in their lives are experiencing tics. In most cases, twitches and tics are harmless and temporary. In most cases, twitches and tics are temporary and harmless. But also there are some cases in which they can be caused by a tic disorder. Tic disorders usually are managed with treatment and lifestyle changes. There are two types of tics – vocal tics and motor tics. They are occurring suddenly during what is otherwise normal behavior. They are often repetitive with many successive occurrences of the same action.

OCD, ADHD, excitement, heat, and fatigue can cause facial tics. For example, some people who have tics can twitch their nose repeatedly or they might blink their eyes multiple times. There are many studies in which scientists are trying to discover if the diet can reduce tics. There should be done a lot more studies in the feature about this topic but in the preliminary studies is said that people who are diagnosed with a tic disorder should take some vitamins and avoid certain foods. In many cases, people are frustrated with trying to find an effective home remedy for their condition but in many cases, it was shown a success. You should talk with your doctor about which is the best natural treatment for you if you are diagnosed with tics.

Also, there was another small preliminary study that looked at the influence of some foods on the symptoms of tic disorder. In this study was shown that there is a correlation between a higher incidence of tics and increased consumption of artificial sweeteners, refined sugar, preservatives, black tea, coffee, and cola drinks – possibly due to their effects on dopamine levels in your brain [2]. These results were not surprising because most doctors already recommended that patients who were diagnosed with a tic disorder should avoid caffeine as much as possible. This study first linked preservatives, sugar, and other sweeteners to aggravated tics, and in this study was also said that doctors should do a lot more exercises in the future to examine the relationship between the mentioned substances and tic disorders.

There are many studies in which is said that if you reduce the stress, then this condition will have an overall positive effect on the severity of tic disorder [3]. If you are suspecting that you are sensitive to certain foods (such as food dyes, dairy, or gluten), then you should try to eliminate this diet because it can help you to manage any stress which is caused by the sensitivity and this will result in a positive effect on the symptoms of the tic disorder. Also, you can do exercises because they can help you to get relief from the stress. Also, they will provide you with an outlet for excess energy and they will help you to feel in control of your mind and body. What is the most important thing about doing exercises is that you will not have any side effects.

Homeopathic health practitioners are trying to find a unique remedy for the health problems of their patients and with these remedies, they are trying to activate the body’s natural healing mechanisms. There are many cases in which were reported that these alternative treatments for tics have successfully cured tics. There are some homeopathic practitioners who have said that tics are disappearing very quickly while others have said that tics are a chronic condition.

Give reassurance to children with facial tics

If you are giving attention to a tic in public or if you are scolding your child for his facial movements, then this can make yours/his situation worse. There was one study in which was said that the first line of the tics treatment should be explanation and reassurance for children who suffer from facial tics. You should not try to stop your children to make facial movements because the stress which is caused by the facial tic can worsen this condition. You should reassure your child to show them have nothing to be ashamed of and to try to ignore the tic because the attention which is given to tic can worsen this condition.

Magnesium and Vitamin B6

Magnesium is an effective home remedy for the natural treatment of tics (involuntary movements) of Tourette’s Syndrome [4]. We know that magnesium is required by every organ in our bodies, especially our hearts. There are many studies in which is said that many people in the United States of America were diagnosed with magnesium deficiency. There are many studies which are proven that when we have a magnesium deficiency, then we have increased chances of getting diabetes, heart disease, and obesity. This is a very effective home remedy for migraines, depression, and asthma and also it helps with heart problems. Magnesium can detoxify your body.

The B6 levels in your body are determining the amount of magnesium that is absorbed by our bodies, so a B complex vitamin may be also needed in the natural treatment of tic disorder. Foods that are high in fiber have natural magnesium as their component. If you are taking medications, then you should talk with a physician because magnesium is a powerful supplement and it can have adverse interactions with many common medications.

There was one study was done in 2008 and it was published in the journal Medicina Clinica in this study was shown that children who are diagnosed with Tourette Syndrome have experienced positive results while they were taking Vitamin B6 and supplemental magnesium [5]. The results of this study are questionable because there were small sample size and a lack of a control group. But also it is said that when there are new introductions of foods which are rich in Vitamin B6 and magnesium, then there are unlikely to have any negative side effects and when we are consuming these foods, then there can be positive results in children and adults who suffer from tic disorder. Nuts, fish, fruits, whole grains, legumes, and green leafy vegetables are foods which are rich in magnesium and Vitamin B6. Before you start using these supplements in your diet or you give them to your child, you need to talk with your doctor first.

There are some cases in which is shown that children and adults who were diagnosed with tics have experienced positive results when they were taking Omega – 3 fatty acids as their natural treatment. There was one study in 2002 which was published in Pediatrics and this study said when you take Omega – 3 fatty acids, then they are not significantly improving the tic score, but they have helped with tic–related impairment. This means that Omega – 3 fatty acids have helped with psychological distress or additional symptoms which are associated with a tic disorder. Also, there are other studies in which is said that up to 50% of children who have tic disorder also suffer from ADHD, and these studies were also shown that Omega – 3 fatty acids can be an effective natural treatment for ADHD [6].

[4] Garcia-Lopez R, Perea-Milla E, Garcia CR, et al. New therapeutic approach to Tourette Syndrome in children based on a randomized placebo-controlled double-blind phase IV study of the effectiveness and safety of magnesium and vitamin B6. Trials. 2009;10:16.

[5] García-López R, Romero-González, Perea-Milla E, et al. An open study evaluating the efficacy and security of magnesium and vitamin B(6) as a treatment of Tourette syndrome in children. Medicina Clinica. 2008;131(18):689-91.