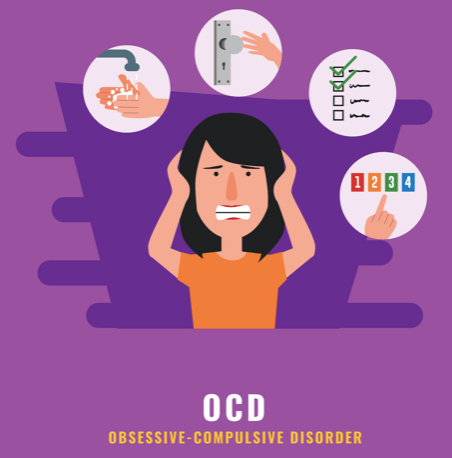 But, it is possible for people to have only obsession symptoms or only compulsion symptoms. Some samples of obsession signs and symptoms include doubts that you simply have locked the door or turned off the stove; avoidance of situations that trigger obsessions, like shaking hands; fear of being contaminated by touching objects others have touched; unpleasant sexual images; images of driving your car into a crowd of people, etc.

Some examples of compulsion signs and symptoms include arranging your canned goods to face the same way; handwashing until your skin becomes raw; counting in certain patterns; checking doors repeatedly to make sure they are locked; silently repeating a prayer, word, or phrase, etc. You need to talk with your doctor if you or your child suffers from obsessive-compulsive disorder before you use some of the below-mentioned home remedies, so you will know that there will not be side effects from them.

Here are some natural remedies for obsessive-compulsive disorder: 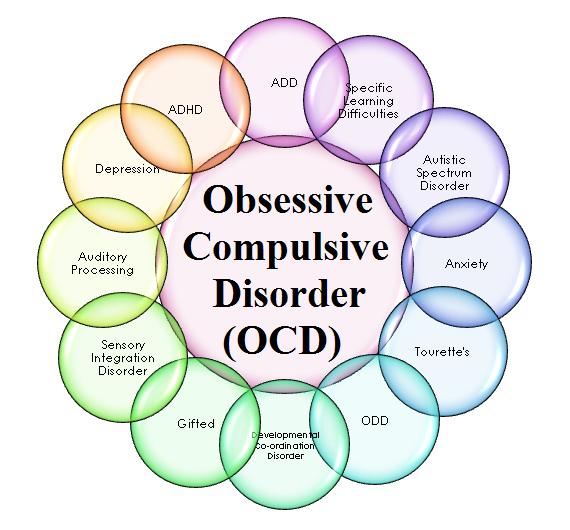 It is very important to go to the doctor and identify issues that can trigger obsessive-compulsive disorder symptoms. You should make a plan so that you know what to do if your symptoms return. You should contact your doctor or therapist if you notice any changes in symptoms or how you feel.

Practice what you learn:

You need to work with your mental health professional to identify techniques and skills that help to manage symptoms and practice them regularly.

Acupuncture is one of the oldest sorts of medicine. It can help you in the natural treatment of obsessive-compulsive disorder by increasing serotonin transmission. Acupuncture is involving placing needles at specific points throughout the body, to release energy blockages, lower anxiety levels, calm the mind and return the body back to its natural flow and optimum health. One study is found that a group who received acupuncture had shown a great decrease in the symptoms of the obsessive-compulsive disorder than a group that received a placebo.

Those people who suffer from obsessive-compulsive disorder can use light therapy as their natural treatment. In one study done on a single woman who developed obsessive-compulsive disorder during the winter, was said that two hours of light therapy on daily basis in a period of two weeks has helped this woman to improve her mood and ease her symptoms of obsession. What is more important is that she did not relapse for the next 16 months, making it through the following winter.

Many studies are shown that regular activity can help to ease the symptoms of obsessive-compulsive disorder. One study was found that regular walks can help to reduce the symptoms of the obsessive-compulsive disorder at six weeks and a month later. In another study was found that moderate–intensity aerobic exercise can significantly reduce obsessions and compulsions after only one week.

There are many people with obsessive-compulsive disorder who find mindfulness meditation to help them to avoid or control their triggers. In one study was found that volunteers who took part in mindfulness meditation were better able to manage their obsessive-compulsive disorder symptoms. One patient said that he almost eliminated his washing compulsions.

This is a herbal medicine that is found in clinical trials to reduce mild depression, restlessness, nervous tension, and anxiety. This home remedy has been used for hundreds of years in Hawaii, the Micronesia Islands, and Polynesia. The key component in kava is kavalactone, which stimulates the production of GABA (gamma-aminobutyric acid) and serotonin in the body which is producing a calming effect on the body. Usually, it is recommended to take kava from water-based extract at less than 250 mg per day. This home remedy is not recommended to be taken during pregnancy or lactation.

Some experts believe that St. John’s Wort can be used as a home remedy to treat depression and anxiety, while others believe that it is not effective at all. But, this home remedy still remains popular as an alternative home remedy for many different psychiatric conditions, including obsessive-compulsive disorder. St. John’s Wort is acting as a monoamine reuptake inhibitor, so it can block the breakdown of neurotransmitters, such as serotonin.

There are many studies in which are shown that music can help people who suffer from depression or anxiety. Many studies are shown that music can help patients to focus on something besides their obsessive thoughts, redirect their thoughts entirely or simply reduce stress levels. Music therapy will alleviate symptoms of obsession and anxiety, so if you suffer from obsessive-compulsive disorder, you can add this method as your natural treatment.

This mineral is found in different foods like dairy products, whole grain cereals, nuts, animal meats, beans, seafood, and fish. Doctors believe that zinc is a neurotransmitter, which means that it is playing a role in modulating the brain and the body’s responses to stress. A deficiency of zinc can lead to symptoms of depression and anxiety disorders, including obsessive-compulsive disorder.

The borage plant is producing borage oil. This oil has gamma-linolenic acid, which is a natural anti-inflammatory agent. This home remedy should be taken with caution. It is unsafe for pregnant women and it can worsen liver damage, so ask your doctor if it will be suitable for your condition.

In one eight–week study was found that 600 mg of milk thistle extract was nearly as effective as 30 mg of fluoxetine in managing the symptoms of obsessive-compulsive disorder. This home remedy has silymarin, which is a flavonoid complex that has been shown to increase the levels of the mood-related neurotransmitter serotonin in mice.

Curcumin is an element found in turmeric which gives its yellow color. It is one of the most used spices in many different cuisines. Many studies are shown that curcumin can improve the symptoms of obsessive-compulsive disorder by increasing serotonin. This home remedy is a good option if you struggle with obsessive-compulsive disorder, depression, and chronic inflammation. Curcumin is fat-soluble, so it is recommended to take it with a fatty meal.

We know that probiotics can significantly influence your brain and mental health. This is a reason why it has been shown that obsessive-compulsive disorder can be also treated with probiotics. When you are consuming probiotics, then you can enhance the diversity of the bacteria in the gut, create an environment for the synthesis of serotonin and this can increase the levels and activity in your brain.