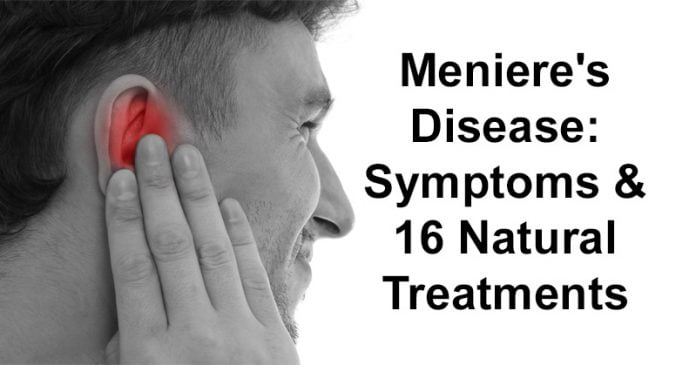 This tea is used for generations. It is a traditional medicine which can increase the frequency of urination. In many studies are said that this is promising diuretic. You can use it as a natural treatment for Meniere’s disease but talk with your doctor about the best dosage. If you are allergic to marigolds, chrysanthemums, daisies or ragweed, then you should avoid dandelion because it can trigger allergic reaction. 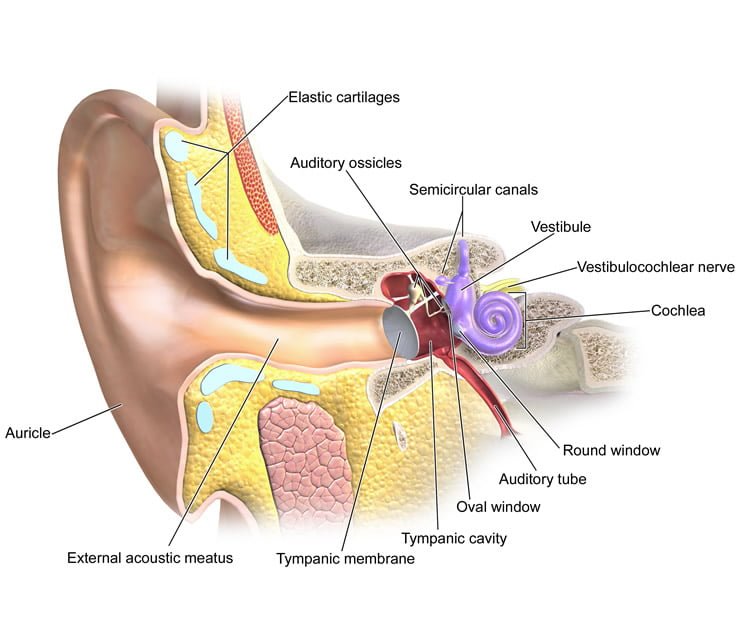 It is known fact that allergies are playing a role in the amount of fluid in the ears and they are increasing the risk of developing Meniere’s disease. If you suffer from seasonal allergies, then you should add a touch of raw and local honey to your diet. There are many studies in which are shown that the raw honey is more effective at controlling seasonal allergy symptoms than the conventional allergy medications. [2]

There was one study in which was said that the acupuncture can help to alleviate the vertigo symptoms. In this study, the acupuncture sessions were done every other day and then one week later. It was noticed a significant improvements after the first session. The symptoms of vertigo have stopped after the second session. After 6 months passed, the patients with Meniere’s disease have noticed that do not have symptoms of this disease. But in these studies is said that further clinical and laboratory study need to be done. There was another study in which was found that the acupuncture has a positive effect on controlling the vertigo for people who suffer from Meniere’s disease. But in this study was not said that there is improvement in the hearing. [3,4]

The deep tissue massage is focusing on the stretching and the massage of the neck is associated with significant improvements in the tinnitus which was said in one study. Also there are other therapies which can increase the circulation and rebuild the fluid buildup, such as lymphatic drainage massage, craniosacral therapy, reiki and deep tissue massage. You should try different massage techniques because in this way you will know which the best for alleviating the symptoms of Meniere’s disease is.

You should practice breathing exercises whenever you feel anxious and before bed because they can lower the stress, reduce anxiety and improve the sleep length and quality.

The Meniere’s disease is characterized by too much fluid in the inner ear and the cause for it could be pathogen, bacteria or virus in the system. You should drink plenty of fluids because this can help you to keep the water balance in your body even by removing the excess salts through urination and clearing out toxins as well. This does not seem that it makes sense but it can help in the treatment of Meniere’s disease.

We know that carbohydrates are broken down into simple sugars which are increasing the amount of insulin in the bloodstream due to glucose. One of the most important properties of protein in the body is the release of glucagon which is regulating the amount of insulin in the body. You need to keep your insulin levels and blood pressure levels in the appropriate levels because they are very important factors in managing the Meniere’s disease.

Do not use tobacco

People who use tobacco can see increase in their symptoms because the nicotine is decreasing the blood supply to the inner ear by constricting the blood vessels so this is a reason why you should not use tobacco. [5]

There was one study in which was found that the sound of wind, waterfalls, rain and steams can decrease the tinnitus – related activity. But this is not true for chirping birds or bugs. The sound which you listen should be pleasing and it should be just in the background. The music therapy can help to improve the blood flow in the inner ear and it will facilitate the relaxation while reducing stress. When you find the right blend of nature sounds and music, then this will help you to reduce your symptoms.

Avoid foods that your are allergic or sensitive to

In one study was said that patients who were treated with a desensitization protocol and diet have shown improvements in the symptoms of Meniere’s disease and the allergy. Also it was noticed that the severity, frequency and interference of the everyday activities is better after this treatment. You should try an elimination diet after you have been diagnosed which substance you are allergic to. The most common allergens which are removed from the diet and then are reintroduced one at a time include processed foods, alcohol, eggs, corn, peanuts, sugar, soy, dairy and gluten. It is not an easy process to find the foods that you are allergic to but when you will find out, then they will give you a relief from the symptoms of Meniere’s disease.

When you drink alcohol, even in small amounts, then this can affect the inner ear negatively by changing the composition and volume of the fluid. You should drink alcohol just in special occasions or you should eliminate it all together. [6]

People who have tinnitus as their symptom of Meniere’s disease should avoid caffeine because even they drink caffeine in small amounts, this can make tinnitus louder and those people will feel more miserable. You should pay attention to your body and if you have noticed that your symptoms worsen after you consuming caffeine, then you should eliminate it from your diet. Products in which are found caffeine are green tea, black tea and coffee.

If you consume salt in excess amounts, then it can increase the fluid retention and it is worsening the symptoms of Meniere’s disease. The sodium intake is affecting the fluid levels in the body and how your body is regulating them. You should avoid high – sodium foods and you should limit the total sodium intake to 1000 – 2000 mg on daily basis (this is about ½ teaspoon to one teaspoon). You should spread the consumption of salt equally throughout the day. [6,7]

You should avoid foods which are taxing on your digestive system or which cause irritation or inflammation throughout the body in which are included foods that mimic allergenic substances. This kind of inflammation can spark the onset of Meniere’s attack so the best choice for you is mild foods.

It is known that the food and liquid should be equally distributed throughout the day and no one meal should have more food or liquid than another. Also each day should mimic the next day with the type and quantity of food and liquid consumed each day. This can help to stabilize the inner – ear fluid levels.

When the stress is reduced in natural way, then it will lessen the severity of the symptoms. This disease is affecting people in both ways – physically and emotionally. We know that the emotional changes impact our bodies which is causing hormonal changes that can increase the risk for digestive disorders, certain autoimmune diseases, diabetes, obesity, heart disease and even certain types of cancer. [8]

[4] Long AF, Xing M, Morgan K, Brettle A. Exploring the evidence base for acupuncture in the treatment of Ménière’s syndrome – A systematic review. Evidence-Based Complementary and Alternative Medicine. 2011;2011:429102.