We know that the aluminum is a toxic metal which contributes to Alzheimer’s disease and other forms of dementia. There are many adverse ways in which human’s bodies are affected by the aluminum poisoning. When we ingest ample amounts of aluminum, then it can cause an imbalance within the body. It is known that enormous amounts of aluminum can be absorbed from air, water and food. Also, the exposure to high levels of aluminum can lead to respiratory and neurological disorders. It is noticed that the aluminum is affecting the brain more than any other system of the body, impairing cognition and memory. There are some studies in which are confirmed that the aluminum is partly responsible for the brain loss and causing certain diseases, such as dental problems, blood disorders, ALS (amyotrophic lateral sclerosis), dementia, Alzheimer’s disease and Parkinson’s disease. It is known that toxic metals, like aluminum, replace the nutrient minerals in enzyme binding sites. When this happens, the aluminum inhibits, over-stimulate or otherwise alter thousands of enzymes. The affected enzyme can work with just 5% of the normal activity. This can lead to many health problems. Also, toxic metals can replace other substances in other tissue structure. These tissues, such as muscles, bones, joints and arteries are weakened by the replacement process. Also, toxic metals can simply deposit in many sites which is causing local irritation and other toxic effects. It is known that aluminum can impair your body’s ability to excrete mercury by impeding the glutathione production (this is the master antioxidant of our bodies). Glutathione is needed for reversing oxidative stress and it is the most important intracellular detoxifier. If the aluminum load in your body is high, then your body will potentially become more toxic from the mercury from fish and vaccines. Now, your body is overloaded with aluminum and the detoxification system of your body cannot function well. Many personal care products and pharmaceutical products are possessing aluminum hydroxide. Baking powders, emulsifiers, anti – caking agents, coloring agents, fillers and preservatives are foods which have aluminum compounds. Also, the soy – based infant is high in aluminum. 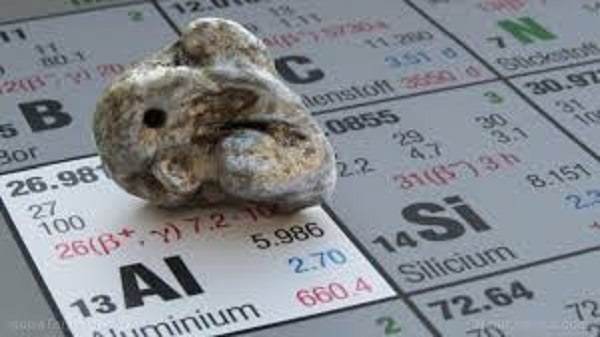 The early warning signs of the toxic buildup of aluminum poisoning are including:

Here are some symptoms of aluminum toxicity in children:

The aluminum can be found in the water supply, table salt, cooking pots and soda cans. The aluminum can be absorbed through dialysis (dialysate), antacids or through vaccines (aluminum hydroxide) or by the usage of deodorants and cosmetics. The aluminum poisoning can cause impaired renal function which in many cases results into renal failure. When our bodies become overloaded with aluminum deposits, then it can spread to many regions of the body. The spleen, muscles, heart, liver, bones and brain can become saturated with aluminum. The excessive aluminum which is found in the body can lead to severe illness and it can become fatal.

Below are given some diseases and health problems which can be caused by the aluminum toxicity: